Risk perception, corporate prestige, psychological factors are important sources of irrational decisions. Roughly ten years ago we were invited by a very famous and prestigious European Railways company to give a seminar to top management. NB: the company name is covered by confidentiality and we have also slightly altered the story to further protect the identities of the implied parties.

European Railways companies are “state owned” enterprises. Thus their Boards generally have c-suite who either are administration veterans or politicians. Men of great experience, but traditionally poorly inclined to follow the rapid changes imposed by our fast evolving world.

The subject of the seminar was, of course, Risk Management. We were surprised that our client would be ready to part from the traditional all-hazard management, the obsolete approach inherited from the “royal rail-roads” era. 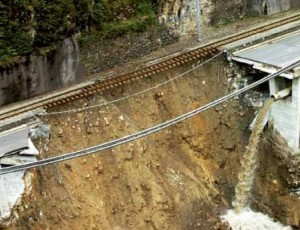 However, we learned that the “old boys” of that particular administration had either retired or were promoted to higher functions, and the new CEO, was very eager to promote “new ways”, including Risk Management, in the company. We were very honoured to have him sit in the seminar.

We started sharing our ideas about our numerous experiences with US and Canadian Rail-roads Risk Management, Wharves and ship loaders risk assessments, large-scale logistic risks, and country-wide approaches. Our intention was to then expand on other horizons, ending our prologue to the seminar with a panorama of strategic and tactical/operational risks before entering into rational prioritization and Risk Based Decision Making .

The CEO, however, quickly erupted with an aggressive statement. It sounded roughly like “well, I appreciate that you come from the technical side (a disdain grin appeared on his face..) and like to talk about these “technical/natural risks” (disdain again…), but we are here to hear about business risks, strategic risks, high-level understanding (happy grin, now…)…”. Believe me, if he did not use the “Black-Swan”  stereotype, it was just because no one had invented it yet! Without losing emphasis he ended-up saying that at corporate level they would like to use modern approaches (he even mentioned an off-the shelf methodology based on cards…). They were certainly not interested in knowing about “technical details” such as probabilities and consequence functions, tolerance, etc.

Our reaction was simple.

We said: “Sir, as far as we understand your company’s business is running trains; freight and passenger trains.

We understand our mission is to support your business’ objectives by bringing in good risk management and decision-making tools.

Only a rational and unbiased approach will tell which ones are the “major risks” your company is facing. Intuition is not enough, and actually, it proves generally wrong.

Risks are defined by their probabilities of occurrence and their consequences. They should be compared to your company’s tolerance for rational prioritization. That’s way too difficult for intuition.

Without trying to expect the conclusion of the study you need to perform a ranking of your risks. We can say that the “high-level risks” you mention depend on political decisions. Shall we call them political hazards? Political decisions are slow (some might even never happen) by definition. Especially when they would hit a state owned corporation. Instead, natural hazards are blind. They do not need to be re-elected, and climate is evolving faster than we might think. That’s why we believe it is not rational to exclude natural phenomena from the analyses”.

After that exchange, the CEO left, and we finished the seminar.

We knew we would never work again for that company/board/CEO.

We assumed they went shopping for a deck of cards and started discussing high-level strategic risks.  Hopefully they were not Taro cards.

Not more than six months later a landslide (a natural culprit of the “technical kind”) took away one of the major double track lines in the country. The company was ashamed by the media as they had to shuttle people on buses around the natural phenomenon. It took roughly another year for a similar phenomenon to occur elsewhere on the network, triggered, this time, by “anomalous rainfalls”. Remember, Black Swans were not invented yet!

No need to say, no one ever called us back, but, a few weeks ago, we learned by a RfP from that country that:

a) the Ministry of Transportation had “taken away” from the rail road company their Risk Management function (a loss of freedom, like being put under monitoring by a higher authority).

b) The Ministry of Transportation had put together a Risk Management approach that goes down to the single switch, single signal, single rockfall detail at country-wide scale (so much for looking into strategic, high level risks only…NOT!). Pretty much what we had done for many other clients, but was thrown away by the CEO.

c) The Ministry of Transportation had developed a pilot study and is now in RfP phase for a custom tailored computer application at country scale.

So, you might ask, what are the conclusions of this story? Well, here they are, under the form of simple questions based on the verb “to lose”. Why lose:

When you see it written like this it sounds so simple, so easy, yet, when it comes to actually doing things, few companies, few boards of directors, few individuals actually give themselves the means to embrace rational and scientific approaches to Risk and Crisis Management using clearly defined tolerance criteria, the only way to be a winner rather than a loser…We will not discuss banks and governments, but you can see from the media, the story is perfectly mirrored in those fields as well.

Because all of this sounds more like the result of cognitive biases, and other psychological effects  impacting the board of directors, seen as deeply interacting constellation of individuals, we have decided to team up with a specialist of systemic behavioural facilitation and we will soon offer in-house or public integrated sessions.

During these sessions Risk and Crisis Management, Risk Based Decision Making will be discussed. Meanwhile we will foster a deep understanding of the group biases and behaviour. Especially when the group deals with decision making processes and uncertainties. The goal?

Your success, your survival, your modernization, your openness, and at the end, of course “your happiness and well-being”.

Contact Riskope to discuss the details, book a session at your HQ, or organize a public engagement. We are active world-wide and have deep understanding of cross-cultural environments.