100 years after WWI the soil between France and Belgium is still contaminated by remnants of war, UXOs and toxic chemical compounds

100 years after WWI the soil between France and Belgium is still contaminated by remnants of war, UXOs and toxic chemical compounds

France and Belgium is still contaminated by remnants of war, UXOs and toxic chemical compounds

There is an area a few kilometers out of Verdun where trees do not grow. Only a few lichens and musks survive there. The few in the know call it “La Place à Gaz” (the Gas Place). Hundred of thousands of UXO were brought there at the end of the conflict from the infamous WWI battle fields to be “neutralized”. As a matter of fact, it is estimated that 15% of the billions of ordnance used in the battle fields was a dud, generating UXO (Unexploded Ordnance). The land is still contaminated by remnants of war, UXOs and toxic chemical compounds. 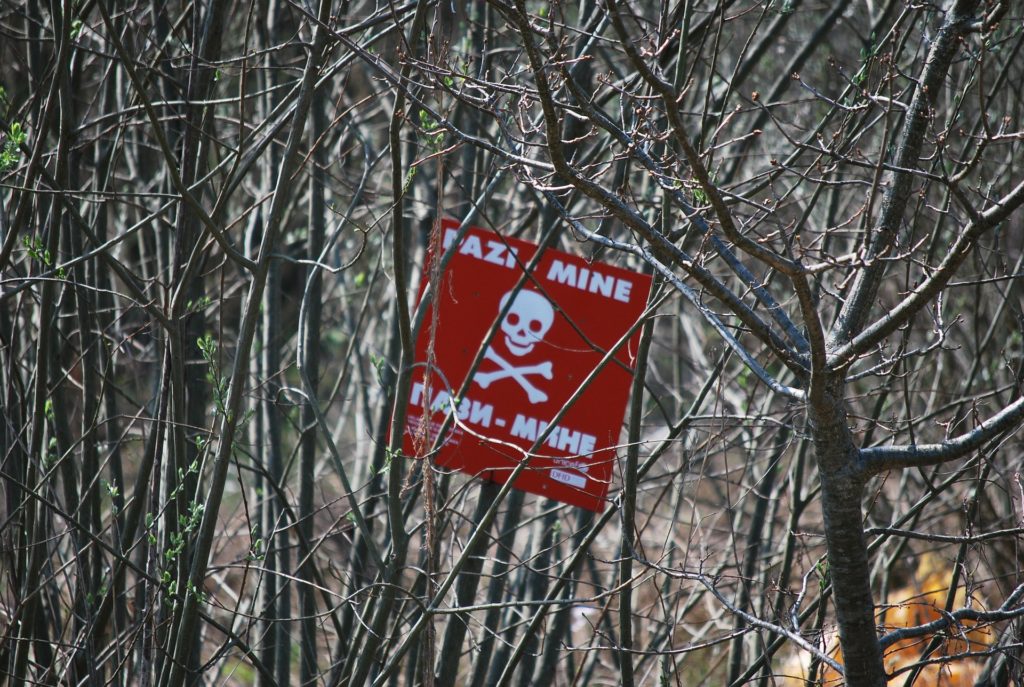 Reportedly 200,000 of these were actually chemical ordnance. The soil bears the heritage of these actions in terms of critical contamination by heavy metals, copper, lead, zinc, but even more arsenic and ammonium perchlorate. The Arsenic concentration is 1,000 to 10,000 times the natural one. The soil is acidic and contaminated to the point that reportedly only three types of plants can grow.
Of course water tables get also contaminated.

Only in 2005 the French authorities fenced the site

Only in 2005 the French authorities fenced the site and finally in 2012 it became an exclusion zone, access forbidden like in the case of many mining or industrial dumps around the world.

This is not the only heritage of WWI: along the border there are numerous areas critically contaminated, a sort of “red zone”: the general governmental response was to plant trees whenever possible, let them grow and forget, very much like in the case of early mining tailings operations and their tailings ponds.

Demographic pressure has brought some “red zone” areas back to agriculture, or for residential use.
A local NGO talks about “a general amnesia, going on for a century”. In other cases, like for example the Giant Mine near Yellowknife, where several hundred thousands tonnes of arsenic trioxide were stored in man-made caverns, key stakeholders are attempting to make sure this type of “mass amnesia” does not occur. In a prior post we discussed how such “red zones” should be marked “for memory”.
We will publish a paper entitled “Pyramids, Toxic Wastes & Nuclear Reactors Containments. A Lesson Drawn from History with a Risk Manager Perspective.” at IAEG 2014 to be held in Torino (Turin). Italy.

On top of chemical contamination, numerous UXOs are in the ground.

On top of chemical contamination, numerous UXOs are in the ground. A special corps of military responds each year to more than 1,000 calls and treats 40 to 60 tons of UXO in the Metz area only.
Approximately 2% of the ordnance is chemical, mostly loaded with mustard gas, phosgene, diphosgene.

After the conflict belligerent countries hid unused ammunition, particularly the chemical ones, at top-secret locations. In fact, thousands of tons of these were reportedly sunk in the Avrillé Lake (Maine et Loire), or buried in the Jardel Gorge (Doubs). In Belgium part of the stocks lies in the see, off-shore of Zeebruge.

It seems like the military and governments of some central European countries did not think about “tomorrow” in the aftermath of the conflicts. Yet, there are countries where we have worked at prioritizing mine-action jobs. That occurred under contract from an international organization named GICHD and UNDP. Those countries are Cambodia, Lao PDR, for example. Risk based decision-making can help in prioritizing UXOs decontamination tasks. It requires all parties involved to accept to openly and rationally deal with the complex issue involved.

One response to “100 years after WWI the soil between France and Belgium is still contaminated by remnants of war, UXOs and toxic chemical compounds”