Metaphoric description of risks and their perception: are they useful or just “wordplays”?

Home / Blog & News /Risk analysis /Consequences /Metaphoric description of risks and their perception: are they useful or just “wordplays”?

Metaphoric description of risks and their perception: are they useful or just “wordplays”?

Metaphoric description of risks and their perception

A couple decades ago, German researchers in the field of theoretical risk management developed a series of metaphors to describe public perception of risks. They are summarized below, with examples: 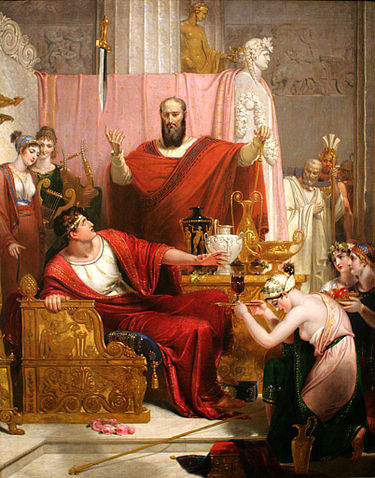 The Sword of Damocles an allusion to imminent and ever-present peril existing.

Cyclops it is only possible to ascertain either the probability of occurrence or the extent of damage while the other side remains uncertain. In the risk class Cyclops the probability of occurrence is largely uncertain whereas the maximum damage can be estimated. A number of natural events such as volcanic eruptions (Vesuvius), earthquakes (various “large one” like San Francisco, Tokyo, etc.) and floods belong in this category.

Pythias includes risks associated with the possibility of sudden non-linear climatic changes, such as the risk of self-reinforcing global warming or of the instability of the West Antarctic ice sheet, with far more disastrous consequences than those of gradual climate change. The extent of damage is unknown and the probability of occurrence also cannot be ascertained with any accuracy.

Pandora’s Box is characterized by both uncertainty in the probability of occurrence and extent of damage (only presumptions) coupled with high persistency. Beside persistent organic pollutants and biosystem changing endocrine disruptors can be quoted as examples.

Cassandra is characterized by a relatively lengthy delay between the triggering event (for example nuclear radiation exposure below a certain critical threshold) and the occurrence of damage. This case is naturally only of interest if both the probability and magnitude of damage are relatively high. If the time interval were shorter, the regulatory authorities would certainly intervene because the risks would be clearly located in the intolerable area. However, the distance in time between trigger and consequence creates the fallacious impression of safety.

Medusa refers to the potential for public mobilization. This criterion expresses the extent of individual aversion to risk and the political protest potential fueled by this aversion, both of which are triggered among the lay public when certain risks are taken. This risk class is only of interest if there is a particularly large gap between lay risk perceptions and expert risk analysis findings. Some innovations are rejected although they are hardly assessed scientifically as threat (cell phones, high voltage lines, etc.).

Below is a summary table where we have attempted to relate “knowledge level”, “degree of incertitude”, “main criteria” and finally the German metaphor name.

Would the metaphores help explaining why?

3 responses to “Metaphoric description of risks and their perception: are they useful or just “wordplays”?”