We have read the recent Report on Mount Polley Tailings Storage Facility Breach by the Independent Expert Engineering Investigation and Review Panel, and we are discussing below the Appendix I: B.C. Mount Polley Dam Breach: discussing Tailings Dam Failure Frequency and Portfolio Risk 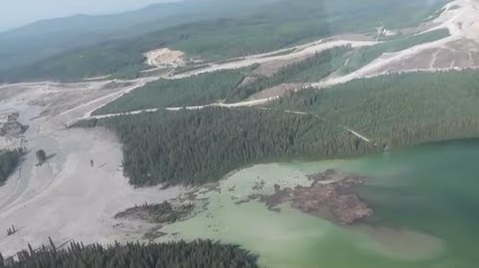 Defining what constitutes a failure

The Appendix looks at dam failures where “failure is defined as breach of the dam resulting in release of tailings and/or water . Incidents meeting this definition were considered failures regardless of volume released, run-out distance, or whether released materials were contained on the mine site.” Over the 46 years the panel analysis looked at, a total of seven failures (ranging from 5,000m3 to millions m3) were recorded in B.C.

Selecting what constitutes a dam

As the panel had access to Ministry of Energy and Mines (MEM) records, they opted for a very careful selection of what constitutes a dam in their analysis. We will note that many recent accidents outside of B.C. have occurred on structures that were disregarded by the panel.

The panel were then able to derive the historic failure frequency expressed as failures per dam per year. The panel rightly explains that failure frequency is distinct from failure rate as the former accounts for the lifetime of dams in the population, and the latter does not.

In a paper we wrote in 2013 we looked at world-wide failure rate (per decades) as we had no access to the lifetime data of world-wide tailings dams. Going back to the panel’s work, we note that the lifetime of dams in the population is anyways estimated (beginning and end are both estimated, as explained in the Appendix). Just to get a feel for the gain in precision one may get let’s consider the following: the panel reports that the number of active tailings dams has fluctuated within a relatively narrow range between 110 and 120 for about the last 15 years in B.C. “Over the period 1969-2015 (46years), there were a total of 4,095 dam-years of active operation for the complete inventory”. If we were to assume an average of 100 dams over the 46 years then we would have 4,600 dam years, and the rate would thus be slightly lower (11%) than the theoretical frequency. We understand the panel needed to aim for precision, but we wonder if the extra effort was worth for the sake of the conclusions.

The panel then proceeds to compare that value with US “comparable” water dams for which they declare a frequency of 6.2-7.6*10-4 failures/dam year. There are many assumptions behind this number, but that’s unavoidable due to the need to build “comparable” population. We will note that US dam performance was notoriously not among the best in the world, so using that value as a benchmark is questionable.

Anyways, the conclusion is that B.C. tailings dams failure frequency is about twice the benchmark value of 7 .6×10-4 for western U.S. water dams.

In the 2013 paper quoted above we derived tailings dams major failures rates as displayed in the table below.