One of ORE secrets: proper definition of the system you are analyzing. Key to meaningful Risk Assessment

Home / Blog & News /Risk analysis /Consequences /One of ORE secrets: proper definition of the system you are analyzing. Key to meaningful Risk Assessment

One of ORE secrets: proper definition of the system you are analyzing. Key to meaningful Risk Assessment

One of ORE secrets: proper definition of the system you are analyzing. Key to meaningful Risk Assessment. We all know that ISO and other International and National Risk Codes stress the fact that the context of the study, the environment in which your system operates has to be described. However, we have seen so many times project teams and facilitators embarking in FMEAs or other risk related endeavors without taking the time to rigorously describe the system anatomy and physiology. I know it may seem weird to use medical terms but let’s see why. 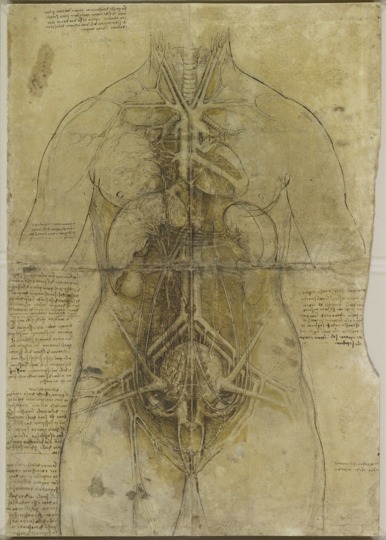 A brief history of medicine

In prehistorical and early historical times human health (the system of interest in medical science) was in the hand of shamans and other medicine men (and women) who were using empirically selected remedies (herbs and roots, for example) or ceremonies and rituals (including inducing mental alterations of various kind) to heal their people. We are not putting any judgment on these techniques, especially since, at the time, there were no alternatives to select from and we know by now that some of those remedies actually worked very well.

Visibly humans were neither really happy with the understanding they had of human body nor with the overall rate of survival. They needed to understand more. Hence, for example, Leonardo da Vinci started to perform anatomical studies (dissection was prohibited by the Church and the Law in those times) and recorded his acute observations in the famous sketches we still display in various museums around the world.

Those studies delivered a first understanding of human anatomy and a few more centuries of research have brought us to be able to detect genetic mutations, hereditary diseases and much more. The development of this understanding was not always easy, as religion, obscurantism and other agents were not always open to the enhancement of science, and that would be quite an understatement.

Only in the early 1900, thanks to S. Freud we started treating psychopathologies with psychoanalysis and then started understanding the link between physical ailments and psychological troubles.

As discussed in prior blogpost (or here) most common practice tools date from WWII and the ’50s.
At the beginning only weapons and very “scary” systems were studied using those methodologies. Industry was still using the so called “insurance folks”, if any, to transfer risk, without any serious evaluations, to insurance companies willing to take a bet on them. Then, a series of mishaps, public outcry and political pressure, lead “risk” to become a buzz-word. Risk assessment and risk management were nice words to say, and common practice percolated down to the minimum common denominator, using FMEA and other inappropriate methods and models to give a “placebo” to everyone. Accidents were still occurring, failures were still called “unforeseeable”, potential consequences were still looked at cursorily and in a compartmentalized way. No one was carefully describing the system’s anatomy and physiology. It was the time of open risk workshops (tribal gatherings?) gaining the status of “instant risk assessment”. Actually most of the time participants were able to voice concerns and fears, without having dissected the system under consideration, pretty much like we used to do in medicine before understanding anatomy and physiology. Then large scale terror acts (9-11-2001) occurred on US soil and in 2008 there was a global recession.

All of a sudden new words were coined to describe what we Humans knew very well already: poorly made risk assessments do not bring any value.

We Humans talked then about systemic risk, non functioning models, black-swans (legitimate ones and silly ones), fragility, complexity, etc. It was a feast of magic revival, obscurantism, denial of bad habits. All of those efforts just to hide one simple fact: unless we take the time and effort to properly define our systems, we cannot perform any serious analysis on them! The parallel is striking: if we do not know the human body anatomy and physiology, any surgery or drug will have a very poor rate of success, or be detrimental.

One of ORE secrets: proper definition of the system you are analyzing.

So, getting back to risk assessments:

Is it true that our systems are complex? Yes.
Do they have fragility because of their complexity and other reasons? Yes.
Do rare, extreme events occur? Yes.
Do we have systemic risks in our systems? Yes.
Is it true we can dig our head in the sand, say there is nothing we Human can do to evaluate the above and merrily keep doing the same mistakes? YES.
Is it reasonable, socially acceptable, good for Humanity to do so? Heck, absolutely NOT!

If you want to have fun for a moment, you can set-up the same list of question replacing “system” by “human body”; “events” by “diseases”. Enjoy!

By fostering a systematic analysis of system’s anatomy and physiology, ORE allows to avoid most, if not all, of those pitfalls. That preliminary effort brings rationality, clarity and transparency to your endeavours. It makes risk studies scalable, flexible, adaptable to new conditions. It yields a holistic understanding of the risk landscape surrounding your operations/projects.

Are you sure you can afford not to deploy it?