Home / Blog & News /Risk analysis /Consequences /How to select among alternatives. A better and safer method than NPV

How to select among alternatives. A better and safer method than NPV? For mining rehabilitation or mining transportation system, the “strongest alternative” is the one that has the largest Economic Safety Margin (ESM), evaluated as the difference between the

The ESM is the difference between the capacity (the “strength” of a project is equal to the Project Returns) and the demand (the “loading” of a project is equal to the Costs plus Total Risks from inception to grave). All the variables are of course stochastic and have to be evaluated probabilistically. (Oboni, F.  Environmental Restoration of a 60Mm3 Dry Asbestos Tailings Dump Using Risk Based Decision Making, CLRA 2006 Reclamation and Remediation: Policy to Practice, 31st Annual Meeting and Conference, Ottawa, 2006 ) 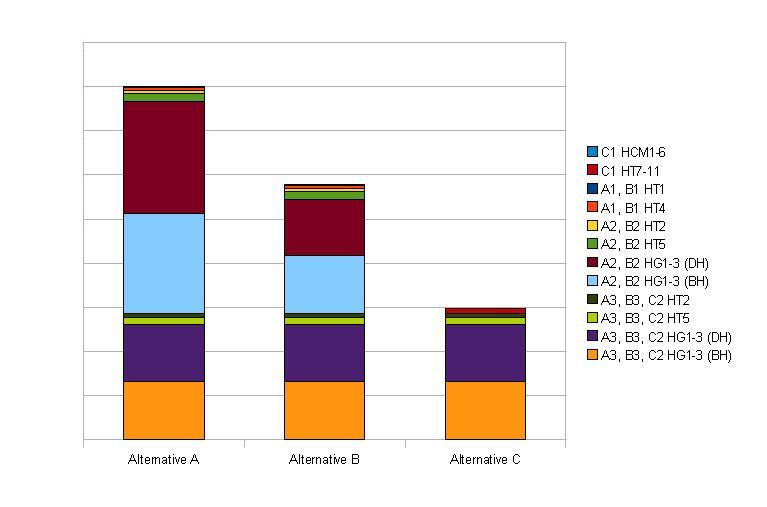 PR, C and TR are stochastic variables, known at best, at preliminary level by their:

Thus calculations have to be performed either using a second moment approximation, a point estimate method or the Monte-Carlo simulation. The latter necessitates further assumptions on the type of distributions. This generally lead to a false sense of confidence on the results.

If the mean value and variance of each component are known it may easily be shown that, under the assumption that the components are independent:

It results that highly scattered components, i.e. components affected by a greater uncertainty, impact more heavily on the scatter of the function Zx than the better known or less uncertain components.
Indirect components such as the public image cost of an accident are typically affected by more uncertainty than other components because of their very nature, as well as the possible implications of irrational and subjective perceptions of the media, the workforce, the unions and the public.

In most cases the formula above allow the calculation of the mean value and the variance of all the important elements of the ESM and the ESM itself.

CDA-ESM avoids all the well known pitfalls of NPV.