A mega volcano eruption could bring the planet to starvation due to a “volcanic winter”. There are around 20 known super-volcanoes on this planet.

Experts think major eruptions have a “frequency” of one every 100,000 years. That is at the threshold of credibility following “industrial” standards.

Lake Toba is the largest lake in Indonesia. It is also the largest volcanic lake in the world occupying the caldera of a supervolcano.

Of course there is great uncertainty in these predictions. For example, Professor Bill McGuire, director of the Benfield Hazard Research Centre at University College London and a member of Tony Blair’s Natural Hazards working group reportedly stated: “Approximately every 50,000 years the Earth experiences a super-volcano. A super-volcano is 12 times more likely than a large meteorite impact (we will discuss this hazard soon in this blog). Places to watch now are those that have erupted in the past, such as Yellowstone in the US and Toba. But, even more worryingly, a super-volcano could also burst out from somewhere that has never erupted before, such as under the Amazon rainforest.”

Thus, there is great uncertainty on the frequency, but also on the number of the super-volcanoes. One of them, in particular, has never been found, as we discuss below.

A bit of history

In 1465 the sky in Naples turned deep azure. In the following months severe anomalies hit the European meteorological conditions: very heavy rains in Germany and flooding in Poland, Teutonic knights’ castle cellars flooded, villages disappeared. Four years later a mini-glaciation occurred. Trees did not blossom, canals froze in Italy, paralyzed by heavy snowfalls. Interestingly that century featured a series of colder periods called the Little Ice Age (LIA). What would occur to our societies when World food reserves worldwide would last 74 days only and our systems are so deeply interconnected? 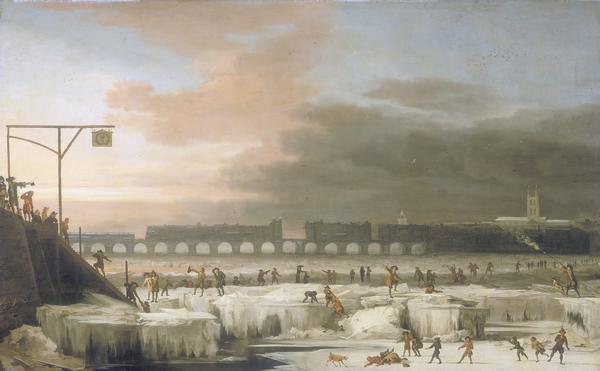 The cause of all of the above was apparently the eruption of a super-volcano. Traces of its eruption are visible from Antarctica to Greenland. These traces are spikes in acidity in ice cores which date back to the 15th century. Based on those findings one can safely assume the eruption was significantly bigger than the giant Tambora stratovolcano eruption in 1815. But the super-volcano remains unaccounted for. Was it an asteroid impact instead?

In fact, there is a volcanic crater one kilometre deep in the Pacific Ocean that could be the “mystery” super-volcano. The crater bears the name of Kuwae caldera and layers of ashes witness for its eruption, including traditional knowledge of “disappearing land”. Cross-disciplinary studies defined the date of that eruption to 1453. That is eight years earlier than the “Naples event” cited earlier. Nevertheless the Kuwae might have been the cause of a series of other mishaps across Europe, Scandinavia, Turkey, China, and the Americas (Atzec empire famine).

The only unfortunate point is that there are no signs of such a large explosive event on site, meaning not enough volcanic deposits. Thus the Kuwae is likely not the cause of the global impact.

The story is an unfinished one, as apparently inherent uncertainties cloud ice cores dating and cognitive biases may have lead to connecting dots with biased lines.

All of the above unfortunately leads to a worrisome conclusion. That is we may even be completely off with that window of 1/50,000 to 1/100,000 years frequency. And there isn’t much we can do to correct that.

Magnitude of the most powerful eruption in recorded history vs. super-volcanos

Tambora is a stratovolcano in Indonesia. It is still active today. Its eruption is the most powerful volcanic eruption in recorded history and summed up to be one of the greatest catastrophes. It killed tens of thousands of people and plunged South East Asia into darkness, due to an umbrella of volcanic ash, for a week. Apparently that year Summer did not really happen in the region.

Tambora was one to two orders of magnitudes larger that Mount St. Helen and Pinatubo eruptions respectively (100 times, 10 times).

The Yellowstone Caldera, a known supervolcano that reportedly erupted 600,000 years ago is considered to have been ten times Tambora, one thousand times larger than Mount St. Helen.

What we know is that two thousand years ago Mount Vesuvius destroyed Pompeii. We also know today that a nearby supervolcano, the Campi Flegrei, lurks on the other side of Naples. An eruption of a supervolcano in Southern Italy would have enormous repercussions on the European continent, the Mediterranean basin and beyond, due to interdependencies.
Of course we do not know the magnitude of a new eruption and the consequences could vary widely from local (Pompeii-like) to regional, and possibly multinational/continental scale. Just to give a perspective, the formation of the Campi Flegrei caldera, 39,000 years ago created the cliffs of Sorrento, on the other side of the bay of Naples.

World food reserves worldwide would last 74 days, but what could occur in the immediate aftermath of a major volcanic eruption?

Amazingly, we cannot reconstruct events that provoked global impacts 600 years ago. No one can locate the culprit with any certainty despite the fact that entire large mountains may have exploded and vaporized, new islands appeared, cities destroyed. We do not even know if the culprit was “for sure” a super-volcano, or may have been a meteorite strike possibly connected with eruption(s) of smaller volcanoes.

Consequences of a major volcanic eruption range widely and we would be negligent if we were not contemplating the worse. However, this is not a reason to blind ourselves and state there is nothing we can do to increase resilience of our systems, protect people. The fact that World food reserves worldwide would last 74 days does not mean we cannot survive a supervolcano eruption.

In the following paragraphs we cite a couple examples, beyond the obvious ones of volcanic eruptions consequences.

In the past, climate changed, with cold snaps, there was a Little Ice Age although we do not know if the Little Ice Age was a consequence of those phenomena or not. Anyways, unfortunately, scores of humans died, famine struck. A sort of “Winter is coming” of Games of Thrones if we dare make that reference.

Only a few years ago the “small” eruption of an Icelandic volcano forced to a halt the air traffic over Europe and transatlantic routes for almost a week. Dust and ashes buried the local area.

The appearance of pumice rafts in seas and oceans is a well documented consequence of large volcanic eruptions. Very recently a 480km long, 50km wide pumice raft, floating 0.6m above ocean surface appeared near New Zealand. That was in August 2012, but other rafts also appeared near Fiji in 1979 and 1984 from eruptions around Tonga. Krakatoa eruption in 1883, spewed pumice into the ocean and clogged harbors in Indonesia. Floating pumice rafts can cause problems for ships at sea including engine stalls. Pumice could clog Nuclear power plants cooling water intakes as well, hundreds of miles away from the eruption.

A view on the future and mitigations

Calderas are more complicated than volcanoes because the exit point of magma is not easy to spot in advance. However, we can monitor seismic swarms and deformations of the crust and win a bit of time to order evacuations. These require careful planning and organization. NASA and other groups are reportedly thinking about ways to artificially cool down magma. In the process they would try to extract beneficial energy. However, the implementation of  such solutions is far away and many even questions their feasibility.

The pumice raft and ash plumes constitute a serious problem. A research group at the University of Southampton, UK, has a computer model tracking the movement of pumice rafts to deliver alerts as needed. Similarly Volcanic Ash Advisory Centers can track ash plumes for air traffic safety. The same goes for tsunamis.

That being said, a large eruption with climate alteration magnitude would be a large scale challenge for humanity, our societies and possibly our survival. Preparedness should involve local/national, then international and planetary efforts. Efforts should include dealing with the flow of survivors, relocation, food shortage and travel difficulties, on top of possible epidemic and ruinous economic backlashes.

Listening to the news, being ready to leave are good rules in disaster prone areas anywhere in the world.  Have a survival baggage ready, park the car with a full tank, ready to go. It does not cost much, but could save your life.

Mormon Religion commanded maintaining a full year of food and emergency supplies. But more recently relaxed to keeping the food storage for three months. Indeed a couple months reserve of non perishable food could be a good idea for anyone.

Self-aid kits similar to quake-preparedness ones, can also help each one of us to cope.

One response to “World food reserves worldwide would last 74 days”