A series of events starting Sunday July 22nd lead to a Laotian hydro dam collapse with nefarious consequences on the population downstream.

The collapsed dam was part of the Xe-Pian Xe-Namnoy hydroelectric power project, still under construction. Xe-Pian and Xe-Namnoy are the main dams of the project. The project is located in the central Laotian Attapeu Province, involves Laotian, Thai and South Korean firms. Laos PDR is particularly rich in vertical drops with hydro-generating potential. As a matter of fact, the country had 46 operational hydroelectric power plants in 2017 with 54 more under construction.

The feasibility study for this particular project was completed in November 2008, construction began in February 2013 and commercial operations were expected to begin in 2019 (link). 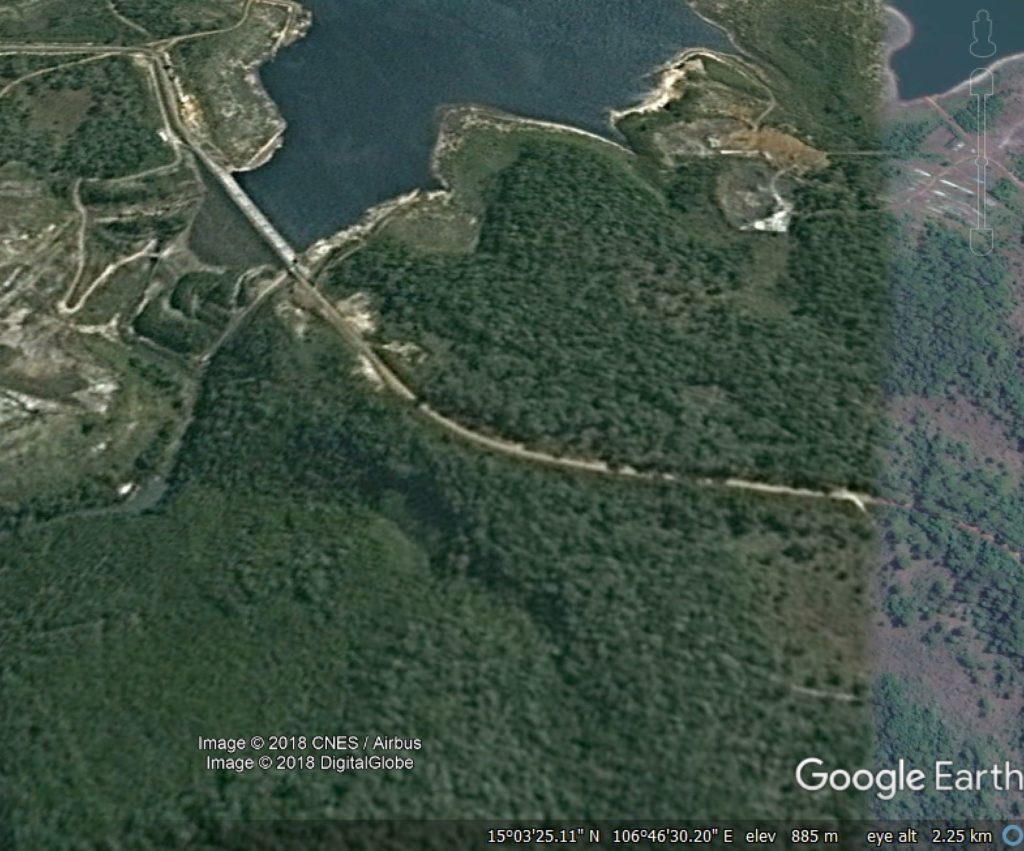 The structure was reportedly 8m wide (at the crown), 770m long and 16m high. The purpose of the subsidiary dams of this project is to “help divert water around a local reservoir”, as reported by the owner and delivered by local media.

After Oroville dams problems in 2017, we now witness a catastrophic and devastating failure of a “minor” hydro structure. Are we seeing the development of a new trend in risk, thanks to climate change? Last year, a dam on the Nam Ao River, also under construction, failed as well although, in that case, with no casualties.

Following public news broadcasted back in February the Philippines, Vietnam, Cambodia and Laos were going to face the greatest threats from tropical storms and typhoons such as flooding rainfall and/or damaging winds and seas. 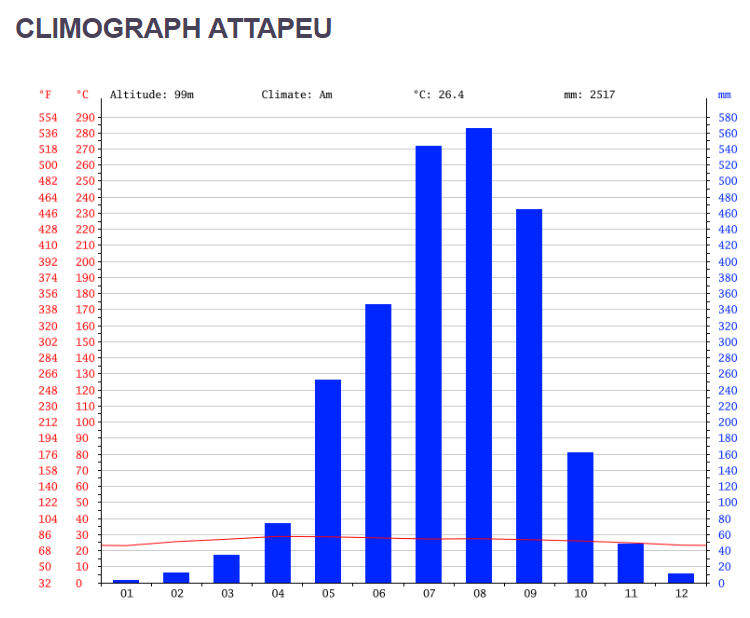 The main Thai stakeholder, reportedly declared that the dam “was fractured” after “continuous rainstorm[s]” caused a “high volume of water to flow into the project’s reservoir”.

Reportedly the timeline was as follows:

Sunday 21:00 local time (14:00 GMT) – The dam is found to be partially damaged. Alerts reach the competent authorities and villagers near the dam start  evacuation. A team is sent to repair the dam, but is hampered by heavy rain, which has also damaged many roads .

Monday 03:00 – Water is discharged from one of the main dams (Xe-Namnoy dam) to try to lower water levels in the subsidiary dam. We do not know whether both dams had flood discharges (Weirs? Gates? Pennstocks?), why one only was the object of emergency manoeuvres. We also do not know at this stage what part of the project was still under construction, as commercial operations had not started yet. We do not know if the dams were at full capacity and ready to operate, but the generating plants still under construction?

Monday 12:00 – The state government orders villagers downstream to evacuate after learning that there could be further damage to the dam.

The consequences are unfortunately of tragic proportion.

The collapse of the dam reportedly affected nearly 7,000 people and displaced more than 1,000 people. Indeed, the failure damaged more than 100 houses, forcing people to seek shelter in local government buildings and schools. Red Cross teams in the Attepeu branch have distributed clothing, food and drinking water to households in the affected area. (IFRC/Lao Red Cross, 25 Jul 2018).

Like we have done in the aftermath of other catastrophic failures, we will not discuss responsibilities or faults here. However, we will point out a few risk-related concepts.

Our thoughts are with the families and communities this failure so sadly impacted. As a matter of facts our intention is to foster discussions that may prevent “the next one”.

Laos PDR sees frequent tropical storms and cyclones. At this time we do not know if there is a climate change trend developing, but these events are far from a surprise. NB: the difference between tropical storm and cyclone lies in the wind speed.

Tropical cyclones are not direct hazard, because their force is normally diminished (reaching tropical storm level) once they have reached Lao PDR from the South China Sea. However, they can produce flooding as a consequence of heavy rainfall. Up to three cyclones hit the country annually.

We do not know how many failures there might have been in the country over its history, or how many dam*years the country has.

If we consider a round numer of 50 hydro projects, we had this time 1/50 failures.

If we look at historical Hydro dams failure rate of 10-4 to 10-5…the jump is very significant! The newly developed dams would be in the mobile drill rigs “bubble” of the figure below, from Whitman.  That bubble is in the intolerable region of the historic graph. NB: the historic graph shows an implicit valuation of human life that most countries and cultures reject nowadays. 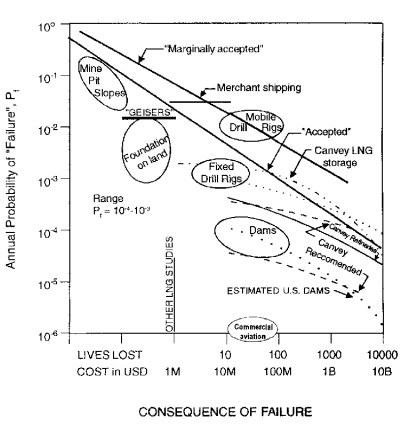 Finally, we do not know any dam specific design peculiarities, e.g. what the return flood was, design criteria, etc.

What seems clear is that meteorological alert system would have helped and maintaining access to the operation would have a positive impact.

Will we see a significant policy change in Lao PDR in the aftermath of this catastrophe?

That seem to be the case in most countries hit by nefarious events of this magnitude.