Last week we focused on technical aspects of the Risk analysis of dam break.

This week we go further by looking at societal tolerance and approaches. These may integrate ethical and economical approaches to these studies.

Probability of failure and bench-marking of the case history dam

A recent study of a tailings dam (centerline, rockfill, well investigated, built and monitored) using the ORE2_Tailings app delivered an estimate of the probability of failure. The result was pf in the 10-4 to 10-6 range. The Figure below shows the pf estimate (blue bar). In addition it shows: 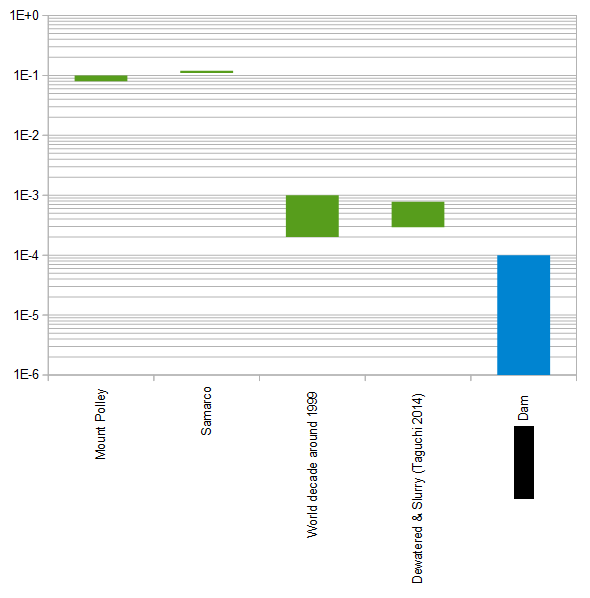 The bench-marking places the considered dam in a class better than past performance of tailings dams. The range is actually near to good hydro-dams, i.e. 10-5 to 10-6 range.

Is the dam break societally tolerable?

The figure below (Factual and Foreseeable Reliability of Tailings Dams and Nuclear Reactors: a Societal Acceptability Perspective.) shows commonly accepted societal risk tolerance (Whitman and ANCOLD). It also shows the performances of the tailings worldwide portfolio (decade of 1979 and 1999) and Worldwide nuclear accidents of Class 5+. 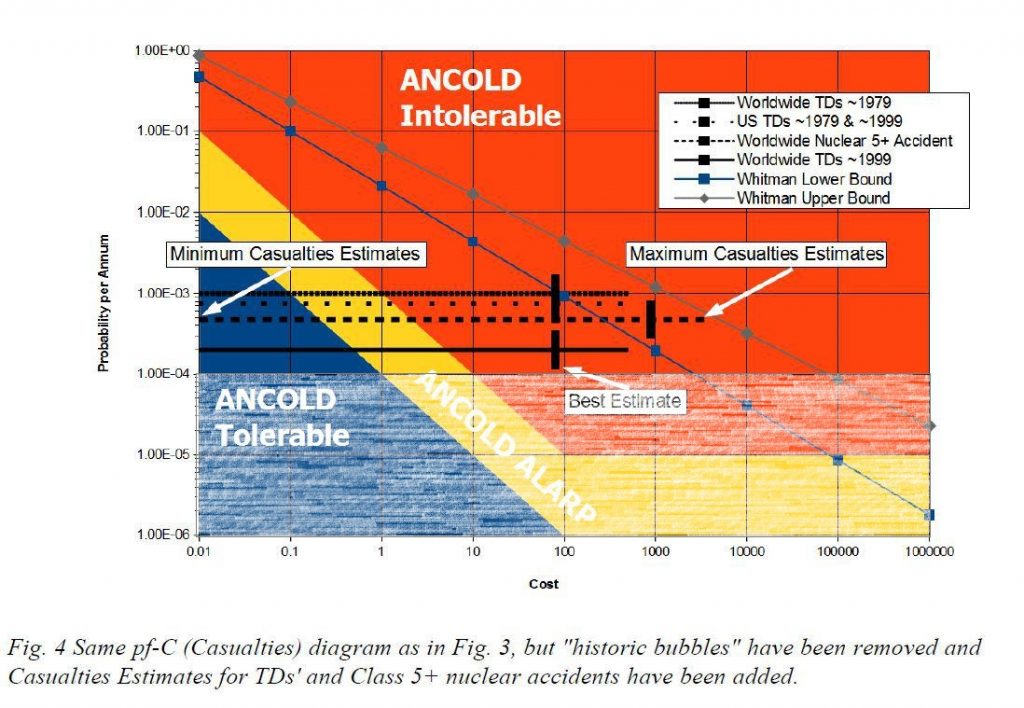 contemplated by the societal tolerance thresholds.

It is obvious that even a well performing dam like the one considered in our study may constitute a societally intolerable risk. That is if the expected number of victims exceeds ten, provided the pf is actually at 10-4. However, if the pf of the considered dam was in the 10-5 to 10-6 range, then the dam would be in the ALARP (As Low as Reasonably Possible) region, for whatever the number of potential victims.

A rational, ethical and economical approach to Risk analysis of dam break

It results that instead of performing right away costly and relatively uncertain dam break analyses it would be advisable to first further refine the evaluation of the range of the probability of failure. Depending on the results it may be advisable, ethically and economically, to proceed to one of the following:

A final note on the risk analysis of dam break

At the end of the day the probabilistic dam break analyses will deliver for each point of the flooded area a depth and velocity of the flow in probabilistic terms. These can be entered in the graph below, i.e. the Hazard classification from Smith et al_2014. 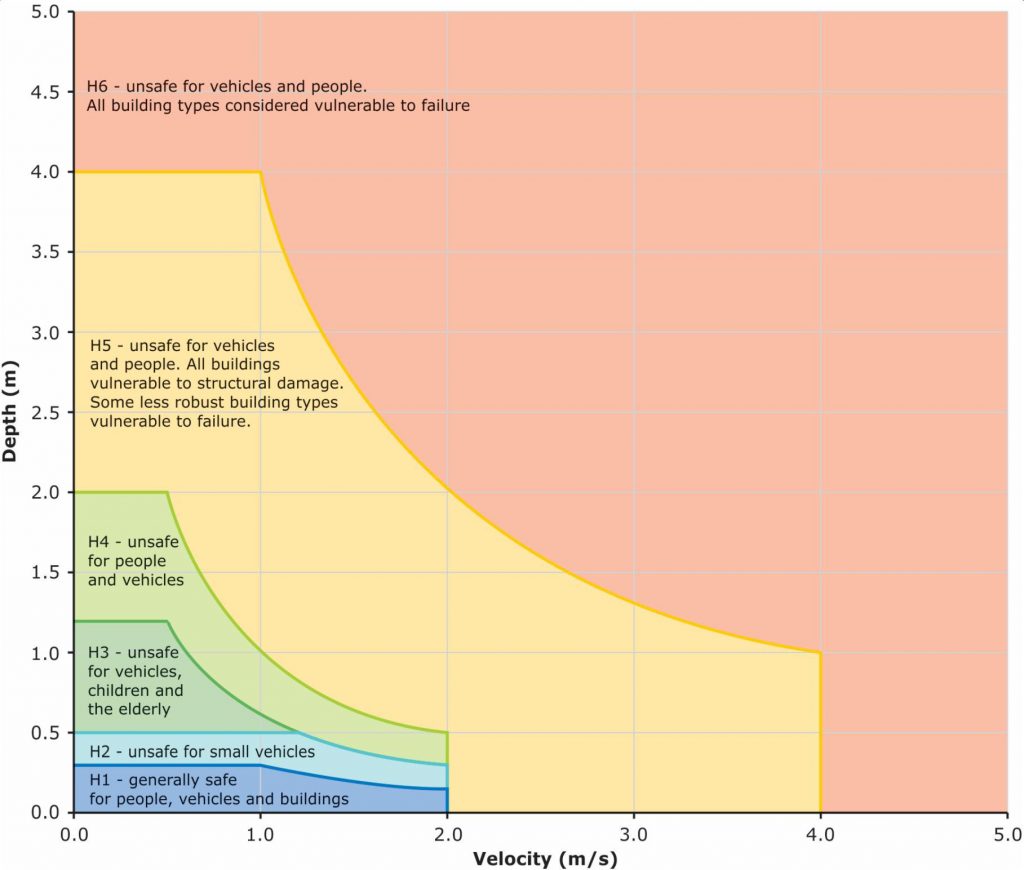 Thus it becomes possible to determine the probability of a person to be in hazardous position during the dam break flood. That is because the velocity of the water coupled with its depth gives the momentum of the fluid. In addition one can compare that probability with the probability of, for example, other voluntary or involuntary accidents.

After the initial estimate, the same approach allows to evaluate the efficacy of various emergency, alert procedures. That is in order to ensure the expected number of victims will be as low as reasonably possible.