Our hearts are saddened to comment on the trajedy around Corrego do Feijao near Brumadinho Dam Failure. 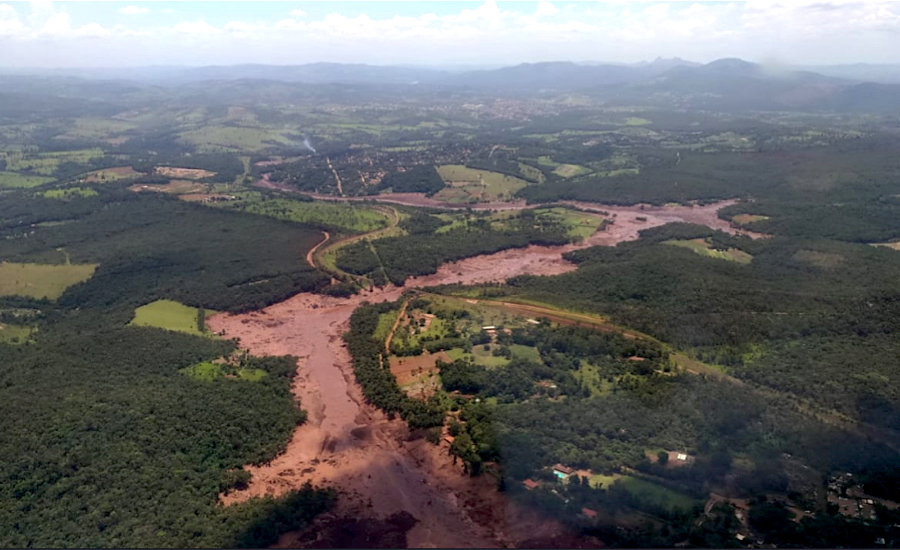 At this time we only have fragmentary data from the media. Thus we will focus on “peripheral” but very important concepts that seem to get lost in the aftermath of each new tragedy.

These concepts emerged in the paper entitled A systemic look at tailings dams failure process, presented at Tailings and Mine Waste 2016, Keystone, Colorado, USA, October 2-5, 2016 as follows:

It seems there was a risk assessment performed following rules and prescription. We touch on this later on.

However, we have read from the media that a third party inspection occurred and that, like in many other historic tailings dams failures, the dam was not showing trouble behavior in very recent time.

Authorities have reportedly accused the dam owner of “not having learned anything from the prior failure.”  As per last night, five arrests occurred. We are not in the position to discuss legal issues or procedures implemented by the owner due to lack of data. However, we have read the owner stating full compliance to laws and prescriptions when assessing the dam.

What if the laws and prescriptions and requirements  missed some important points? For example, the spillway of the dam was reportedly  a penstock with tunnel under the dam. If the prescriptions and requirements focused on the stability of the dam and forgot to mention other important elements of the dam system, would the regulator be liable of omission? A similar debate engaged in the aftermath of the Oroville debacle. We are of the opinion that excessive prescriptions may hinder safety and risk mitigation by misleading owners and operators into a “box checking” exercise. Risk assessment require thinking to the limits, not trying to box complex reality into 3×3 or 5×5 bins.

Finally, leaving legal aspect aside at this time, no one can expect a drastic change of a large portfolio of dams. That is even if significant measures were taken in 2014/2015. That is because, again, the failure root cause hides in old decisions, when the state of the art was different.

Factors such as climate change, seismicity and increase in population will further complicate the situation. And that will occur in any portfolio, likely in any country around the world.

This consideration applies to any dam, from small to  major structures. We cannot forget that Stava, one of the more deadly catastrophes reportedly had only a 300,000m3 volume.

As per the larger structures, the industry better investigates, designs, builds and manages/monitors modern ones better than any older ones. Based on our experience, we see their probability of failure decrease towards the range of hydraulic structures of the same caliber.

Of course dam break of larger structures may lead to way larger consequences than breaks of smaller structures. However, the interplay of probability and consequences does not necessarily means the risks are larger (or smaller).

Furthermore we clearly showed in a 2015 paper (https://www.riskope.com/wp-content/uploads/2015/10/Tailings-Facility-Failures-in-2014-and-an-Update-on-Failure-Statistics.pdf) that if we look at Volume released vs. lives lost it would be preposterous to see any correlations. 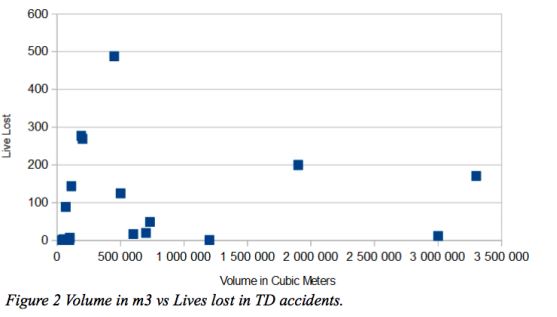 The same reasoning holds with the dam height or the runout distance, with the same conclusions.

If we are not capable of communicating these points, do not show pertinent actions and care, public outcry and hostility toward the mining industry, fueled by the diffusion of Information and Communication Technology will likely increase. As a result Social License to Operate (SLO) and Corporate Social Responsibility (CSR) will be souvenirs from the past.

One response to “Corrego do Feijao near Brumadinho Dam Failure”