Nosso Senhora do Livramento in Mato Grosso, Brazil is an example of tailings dam failure and risk confusion.

The dam failure reportedly injured two.  Available optical imagery showed a rather contained spill in a flat area at the toe.

The material released by the dambreak spread up to 2km downstream. At this time, the authorities are optimistic. Indeed they state the spill will not reach water bodies, drainages etc. These are good news, as river transportation has caused significant damages even is relatively small failures like the recent Cobriza in Peru, without mentioning the historic Stava, Italy.

A total of two wounded workers were taken to hospital.

The collapsed impoundment was recent and didn’t exist in 2013. 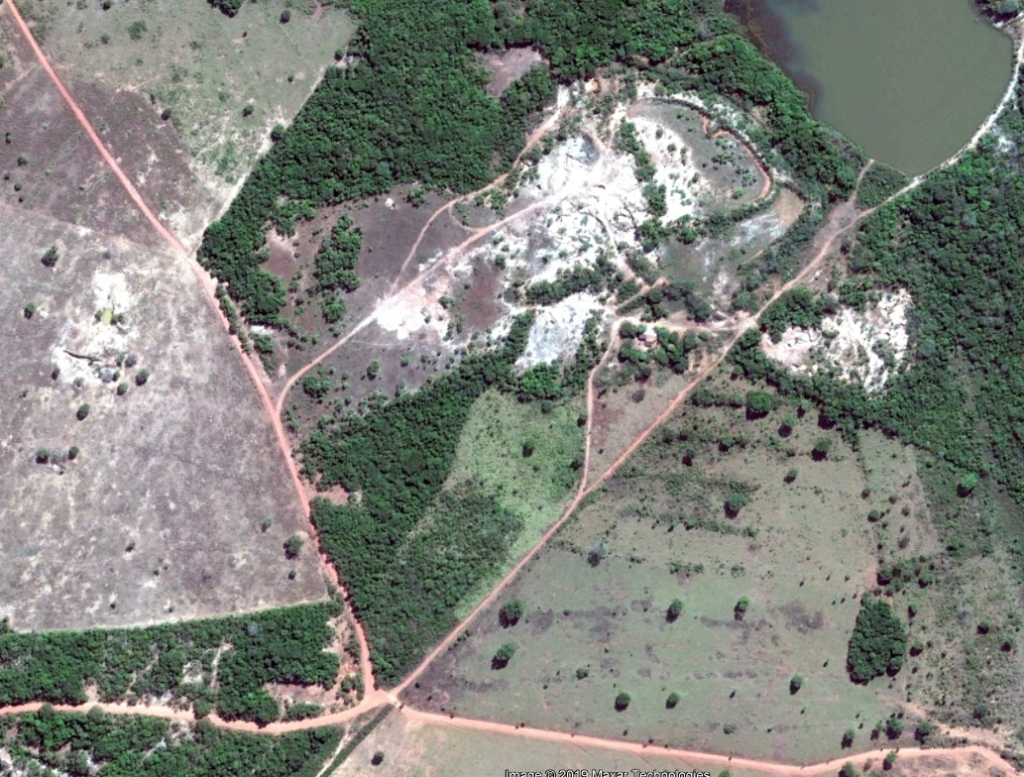 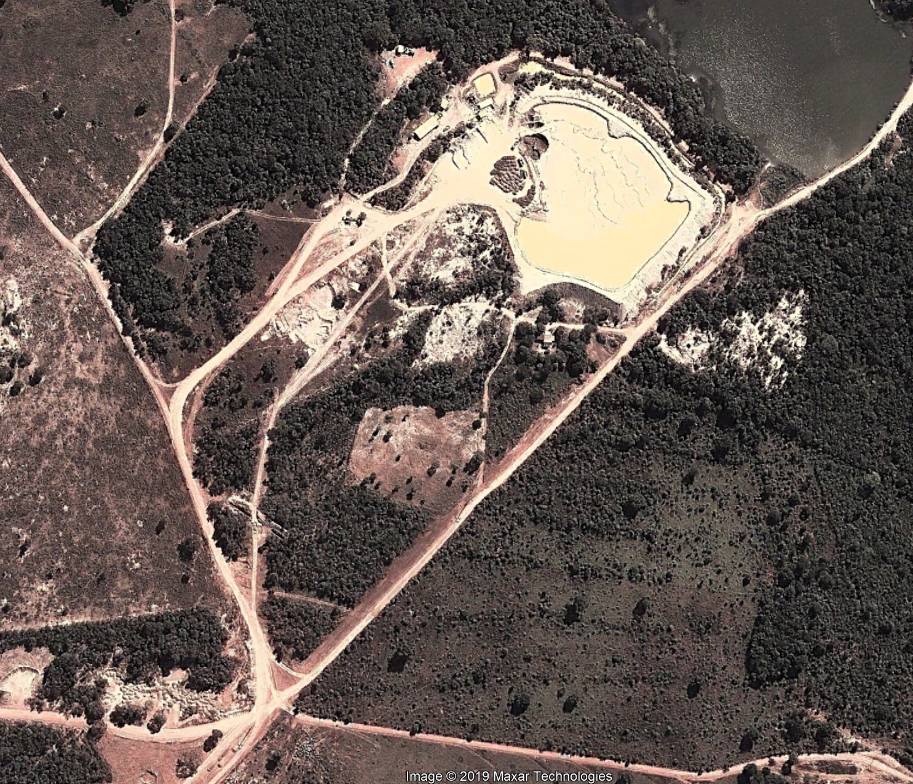 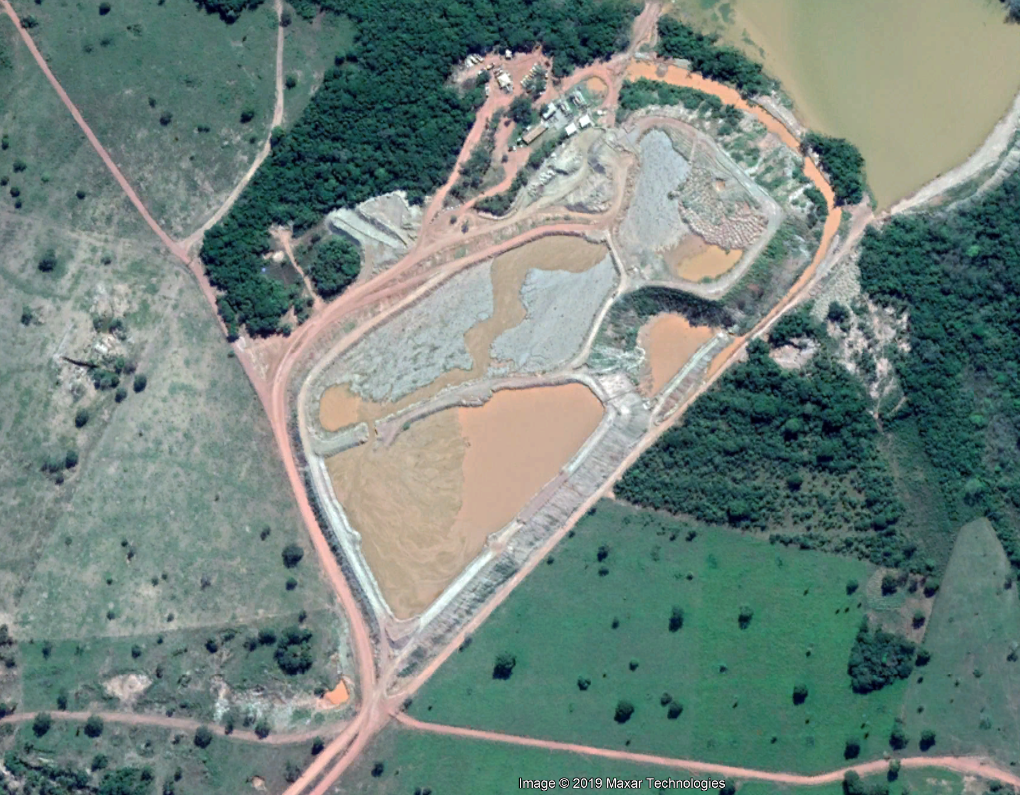 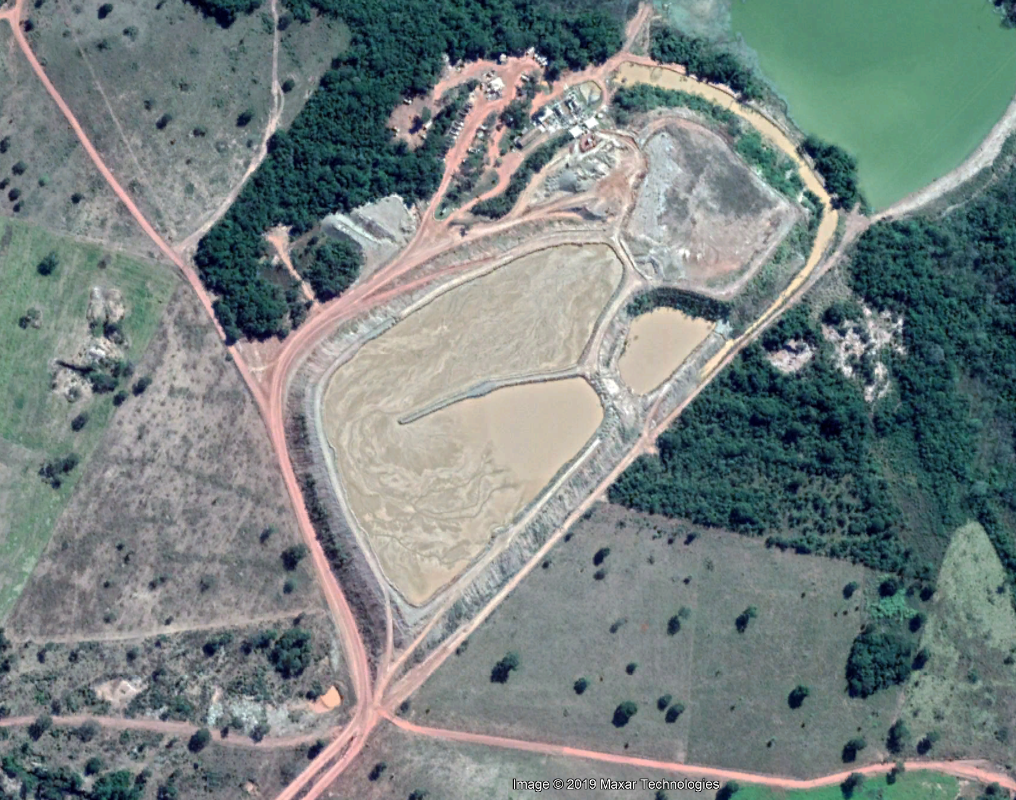 It seems, based on the vegetation and the unchanged perimeter road alignments that the dam raises followed the upstream construction technique.

The tailings dam failure at Nosso Senhora do Livramento in Brazil. Image via Isso E Noticia.

What we can read in the media.

From Estadao Ssustenabilidade we read this is a registered gold mine. Furthermore, the tailings dam was inspected in September 2018 and found to be low risk and low potential damage.

Indeed, the dam was considered a “low risk” project by the country’s national mining agency, meaning it had a limited impact in terms of environmental damage upon failing.

In order to mitigate rampant misinformation, we have to understand the risks

It seems here we have a blatant confusion from the start.

However, the probability would have to be benchmarked against the world-wide portfolio, and the consequences also compared to some “universal standard” covering the multidimensional aspects of failures (BI, social, H&S, environmental, etc.), not only environmental damage.

At Riskope we have been pushing for a unified consequence metric for failure of tailings dams which are always multi-dimensional.

Indeed in a chapter of a 2016 book, The Long Shadow of Human‐Generated Geohazards: Risks and Crises we wrote:

“The need for a unified, emergency/accident scale is vital to facilitate clear communication and mutual understanding of the nature of the emergency, by the public, government agencies, and responding organizations. It has been stated that “50% of the problems with (risk) communication are due to individuals using the same words with different meanings. The remaining 50% are due to individuals using different words with the same meanings”

Tailings dam failure and risk confusion was indeed already clear to us many years ago.

Benchmarking of tailings dam probability of failure against the world-wide inventory (or portfolio) is a useful step for a clear understanding of the situation when we are talking about risks.

Here is an example of a inventory of dam against worldwide inventory failure rate from 1990 to 1999. 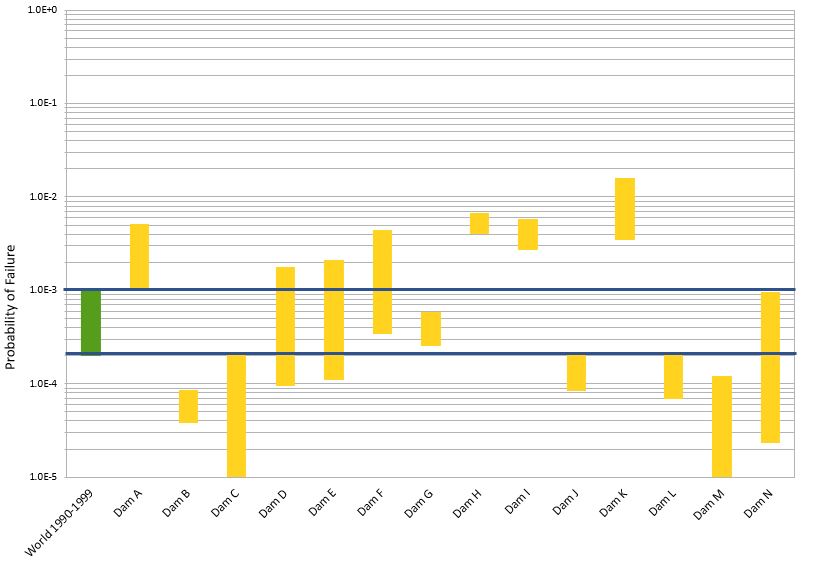 Benchmarking can look at dams under the same operator but also, with anonymous data to preserve confidentiality, look across a whole region or continent. It is possible to benchmark all structures dating from a same decennia, or following the same construction method. Indeed there is no limit once the database is active.

ORE2_Tailings is a really powerful tool to build that database. It empowers mining companies,  the public, government agencies and responding organizations through unbiased risk awareness information. Tailings Management for the Twenty First Century is available.