Slope Failure definition is the second step of a slope risk assessment. The first step is, of course, system definition. 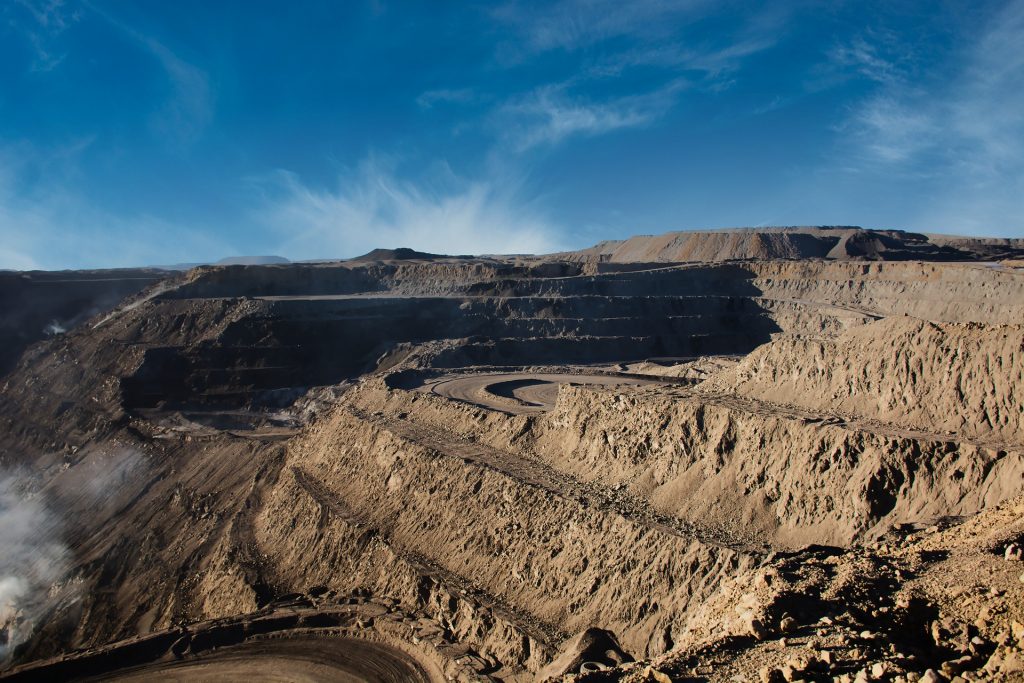 It is indeed paramount to clearly state what is considered the success of the slope under consideration. Indeed, unless one clearly defines success, failure remains an ambiguous term (Adams, 2015).

Generally we define the success of a slope as the fact that:

The nemesis of success is failure.

Of course, consequences of failures can vary significantly from case to case.

Indeed, not all slope “failures” are catastrophic. Some constitute unsatisfactory performances or minor irritations.

Factor of Safety (FoS) and Probability of Failure (PoF) are commonly used to characterize the hazard of a slope. FoS & PoF describe the state of equilibrium of a potential volume (on a slope cross section) between the topographic surface and a potential sliding surface with respect to sliding.

Common methods to evaluate FoS and PoF belong to Limit Equilibrium Method (LEM) and do not support the type of risk-based decision making currently required in transportation and mining industry (Adams, 2015).

A FoS of 1.0 describes the point of meta-stable equilibrium, when resistance equates loadings. At that point PoF is 50%, like a coin toss.

A slope failure is much more complex than it is modeled by the LEM. In practice, failure does not occur simultaneously along a single discrete basal surface, but rather local failures progressively develop into a larger slope failure (Oboni, Bourdeau, 1983).

Lithology and geomechanical parameters of the materials within the slope generally dictate the shape and volume of the sliding masses, as well as water table position. None the drivers has precise, certain values, as even after numerous and successful investigations and lab testing there will be ranges of values.

Thus, it is common practice for engineers to select prudent parameters and calculate the FoS.

FoS is generally a single value. Engineers  some times express FoS as a range to explicitly indicate a certain level of uncertainty. Another way of tackling  those inevitable uncertainties is to conduct sensitivity analyses or studies. During these the engineer varies each significant parameter systematically over its maximum credible range to determine its influence on FoS.

Various approaches allow to evaluate the PoF. Significant parameters are stochastic variables. We can define them either by their first and second moment (average and variance), possibly their bounds and in some cases their third statistical moment (skewness). If data quality and quantity is high, one can estimate the distribution of each parameter (PDF) .

Once one describes all the significant selected parameters as above, the calculation of PoF can proceed, generally by determining the parameters of the distribution of FoS and then assuming PoF=p(FoS<=1). Although this assumption is not formally correct, it is generally valid.

Various approaches are available to determine the parameters of the distribution (PDF) of FoS, as follows:

Based on the definitions above FoS and PoF express the proneness of a potential volume (on a slope cross section) between the topographic surface and a potential sliding surface with respect to failing as a “monolith”. Thus they constitute a hazard quantification. However, the first is deterministic and the second probabilistic. Both approaches are geomechanical, and use forces and strength parameters. They deliver  non-annualized values, as they are precisely, geomechanical only.

Adams (2015) noted that a major problem of evaluating PoF using LEM is indeed the Lack of time dependency. in the absence of time-dependent input variables, PoF does not have a timescale. The PoF of a slope is likely related to the rate of stress redistribution, the rate of material strength degradation (eg. via weathering and rock mass relaxation), and the temporal probabilities of triggering events such as rainfall or earthquakes.

Furthermore, these approaches have no provision for evaluating the impact of a multitude of important parameters such as human factors, monitoring maintenance and care of the slope under consideration, potential for exceptional meteorological conditions etc.

In recent years more sophisticated approaches offering a blend between the geomechanics approach and semi-empirical evaluations of the quality of the slope have emerged. They  are now used and proven (Silva et al., 2008). They allow to fill the gap of the “annualization of probabilities”. Thus they allow to bridge over to estimating the number of potential accidents over a certain time, e.g. next n years, life of the structure. Of course, these approaches require regular updates as conditions and parameters change over time.

ORE2_Slopes is a subset of the “universal” proprietary ORE (Optimum Risk Estimates, Oboni Riskope Associates In., 2014-*) platform specific to man-made slopes (including pits), analogous to ORE2_Dams and ORE2_Dykes. This specific approach is applicable anywhere, uses “symptoms” or diagnostic “points” in the history of the man-made slope from inception to the day of the evaluation. The diagnostic “points” are summarized below. For each point the specific methodology allows a pre-determined set of answers. We then combine them mathematically to deliver an estimate of the probability of failure, including uncertainties. Explicit consideration of uncertainties is indeed a fundamental step towards reasonable, transparent and ethical risk assessments (Oboni 2017, Oboni 2017,  Oboni F ISBN-10: 3030194469, 2019).

Below is a list summary of diagnostic points we use in man-made slopes specific approach:

Based on the list above, one can easily update evaluation with generally available or observable data (e.g. on site, monitoring, and satellite). The lack of knowledge (missing data) is explicitly entered in the evaluations.

As one can  understand from this summary:

becomes seamless. In addition this could lead to extensive automation if clients owning multiple slopes are inclined to go in that direction.