Distinguishing knowledge in risk assessment and risk-informed decision making is paramount and this post shows an example. 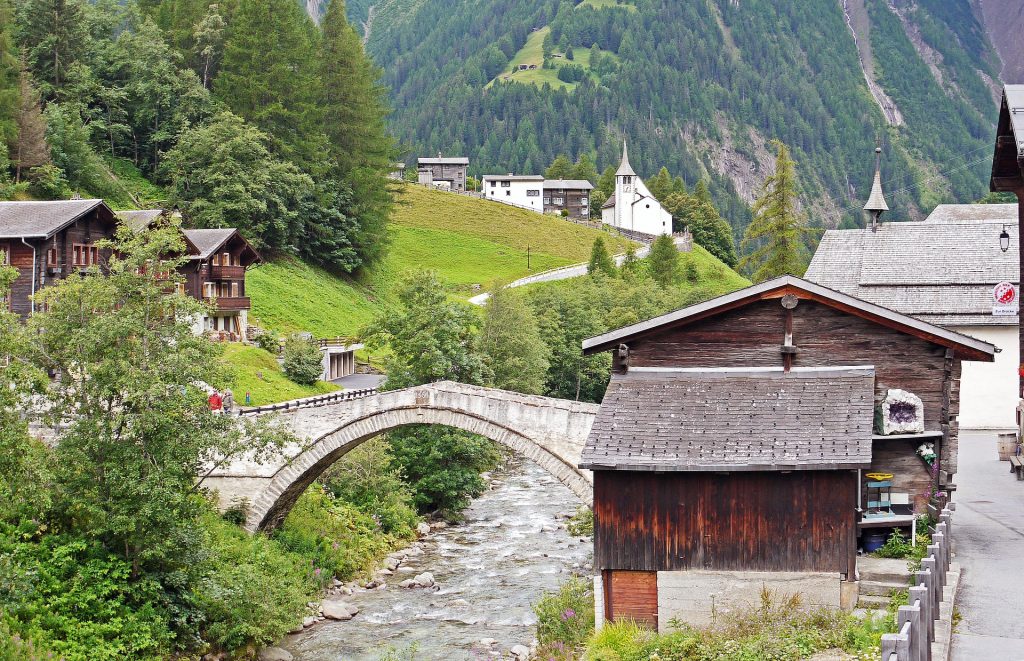 Once upon a time we were studying large Alpine landslides in the Alps. We were working in a Swiss Federal Research Project.  We were members of a multidisciplinary team encompassing geologists, hydro-geologists, monitoring specialists and ourselves as geotechnical engineers and risk (hazard) specialists.

The research project focused on landslides prone areas characterized by “continuous” movement. For those slopes, failure is a brutal and sudden acceleration of the movement.

We deployed brand new methodologies for investigation, testing and probabilistic slope stability analysis to build specific knowledge. The aim was to establish new guidelines for tactical and strategic planning of land use of landslide prone areas.

Although it was not yet fashionable to use terms like risk and risk-informed, the idea was precisely to provide risk informed guidelines.

As a matter of fact, we looked at better ways to forecast:

That is to say that all the ingredients of the “risk” equation were present. We just did not call it “risk” but rather engineering good sense and practice.

We soon discovered that specific knowledge is not enough, even in the presence of large budgets. One requires General knowledge to foster understanding of complex situations. It is the same we discussed a while ago about big data. Indeed, big data is not enough to understand phenomena and requires deep data understanding.

To cheaply acquire general knowledge there is one universal recipe: talk to locals and ask them questions they can answer. For instance, one day we were looking at a chalet sitting in a particularly distressed slope. The structure was unscathed whereas all the neighbors had worrisome cracks in the stone walls. Geologists and monitoring experts were scratching their heads…

So, we spoke with the farmer who candidly said: “well, my house is solid because my Grandfather built it on rock”. Now, all the team was shaking their heads. The landslide was likely hundred meters deep and there was “certainly” no bedrock in that location. The farmer then took us to the cellar and, well, he was right! The whole cellar was in solid rock! We finally understood what specific knowledge did not reveal: good old Grandpa knew, by observing his cattle grazing in the area, there was rock in that corner of his property. Thus he decided to build the house on it. What he did not know is that the rock was a huge rock slab, likely detached from bedrock after last glaciation, behaving like a raft in a river.

That was not an isolated case. We found numerous perfectly preserved churches high in the Alps, apparently sitting in actively sliding slopes. Each time general knowledge reasons explained that “odd behavior”.

When we worked for the GICHD we developed a hybrid general-specific knowledge based method for predicting the presence of landmines in suspected locations. The methodology showed promising results after pilot testing.

Whether one deals with large slope instabilities, infrastructural projects, dams or other projects, it is paramount to acquire general and specific knowledge.

We would even say that general knowledge should guide specific knowledge acquisition. 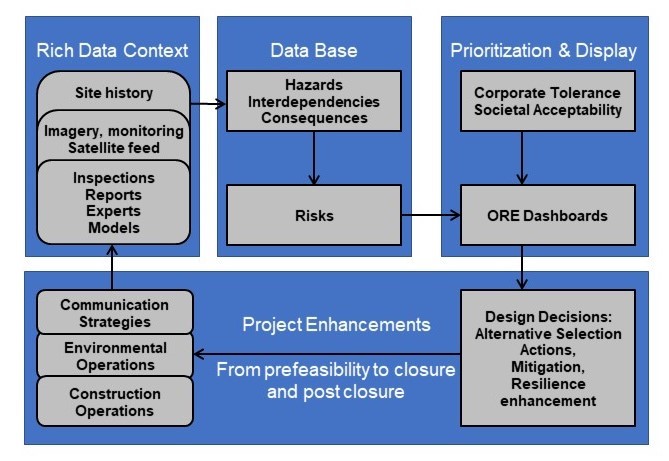 That is why in the ORE™ methodology we call the starting block “rich data” and that’s why we also tell our clients we want to study existing documentation, report, media, publicly available information before going to site. That is also the reason why we generally go to site with a first cut of our ORE risk assessment.