Recently the Ever Given Ship blocked the Suez canal causing a six days business interruption (BI). In the aftermath of the incident world media reported that never before a ship blocked in such a way the canal. They added “this is a black swan”, a usual preposterous statement. 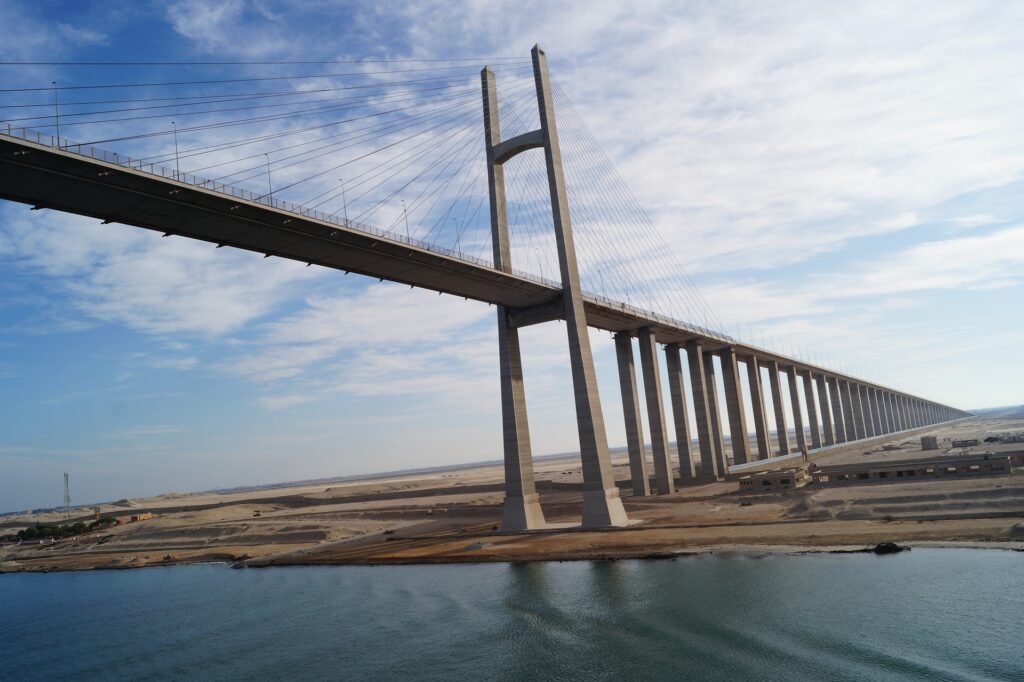 Many enterprises rely on third party companies for shipping goods. Approximately 10% of the global shipping volume goes through Suez Canal as the canal represent a shorter and safer route from Asia to Europe.

Today we discuss the incident from the point of view of:

Today we show how the so-called “threat-to” conceptual approach can help shipping lines users in their mitigations decision making. However for the shipping company the reason of the incident will drive the mitigations decision-making and requires more detailed approaches.

Here are some general facts on the Suez Canal

Based on public information available to us, the average traffic in 2016 over a period of five days was approximately 40 ships per day. However, the Suez Canal has a maximum capacity of 76 standard ships per day.

Like any infrastructure Suez Canal has had business interruptions.

Which data matter for whom?

As a user of shipping companies are those general facts meaningful to you? Well not really. What really matters to you is the duration and likelihood of the disruptions while the root cause does not change your mitigations. The overarching concept is what we call a threat-to approach.

Of course, for a shipping company the root cause will drive the mitigations selection. Thus they are very interested in how the accidents occur.

Thus, the point of view completely changes the approach to risk evaluation.

Risk from a user point of view

In our coming book we define predictability (of likelihood) and foreseeability (of consequences) to characterize events. Let’s discuss these two for Suez Canal.

Based on the records above, eight ship collisions or running aground or pirate attacks, all threats-to the traffic, have occurred during Suez Canal life. As a result, we can estimate a frequency of 1/20, or 5 % per year delaying the canal by 1 or less day. Only 1 incident has provoked 3 days BI.

Thus, these are all very predictable incidents using the “threat-to” approach.

Consequences, i.e. the other parameter of risk will have to be evaluated based on cargo, perishability, contractual conditions, force majeure clauses, etc. Again foreseeable with the usual uncertainties.

The two war cases on record represent the extreme BI events to date, and given their relatively high frequency they cannot be considered divergent, but business-as -usual.

As a result, BI incidents of Suez Canal are predictable and foreseeable, based on historic records. An unpredictable hazard which is also unforeseeable can be called a black swan if the consequences are very high, trending to catastrophic. There is obviously no black swan in the history of Suez Canal and even the present incident would not qualify.

Risk from a shipping company point of view

The reason of the Suez Canal closure is stirring a lot of interest. Of course an official inquiry is starting to find the causes. Indeed, it the incident seems “a priori incredible”, considering the SOP mandating the presence of two canal pilots on board and modern navigational instruments.

As a matter of fact, if we consider a long-term average of 30 vessels a day during the 152-8 years= 144 years of service, we have a total of appx. 1.5 million passages. Considering now the eight “traffic” accidents we have a frequency of 0.5/100,000 (5*10-6). Indeed this is a value at the border of credibility for a specific vessel incurring in an accident per crossing.

Lesson learned from the investigation will certainly prompt new rules and/or mitigation. These may include new vessel navigation SOPs, canal features, policies. The reason for this is that although the likelihood of a single vessel incident is very small, as shown above, threats-to predictable incidents (5% per year of 1 day delay and 1.3% per year of 150 days or more) will generate delays to your ship and the overall world-traffic!

So, if you are a decision maker of a company requiring goods to be moved you have to consider the following:

As a decision maker of a company requiring goods to be moved one should not focus on the hazard but rather on the possible disruption and shift the focus from the “threat-from” analysis to a “threat-to” analysis. For instance, can you tolerate 1 day delay with a likelihood of 5% per year and/or 1.3% per year of delay greater than 150 days? If not, you need tactical planning for mitigations independent of the reason of the delay. Bigger buffer, alternate routing plans etc.

If you are a shipping company the bullet points above remain valid, but the reason of delay to your ship, the “threat-from” will matter for the BI mitigation selection. Indeed, the mitigations are usually reason dependent (by “threat-from”). In addition, you also have to consider how many of your vessels are transiting the canal per year.