Four or five years ago an insurance company asked us to estimate open pit walls catastrophic failure probabilities for a captive insurance. 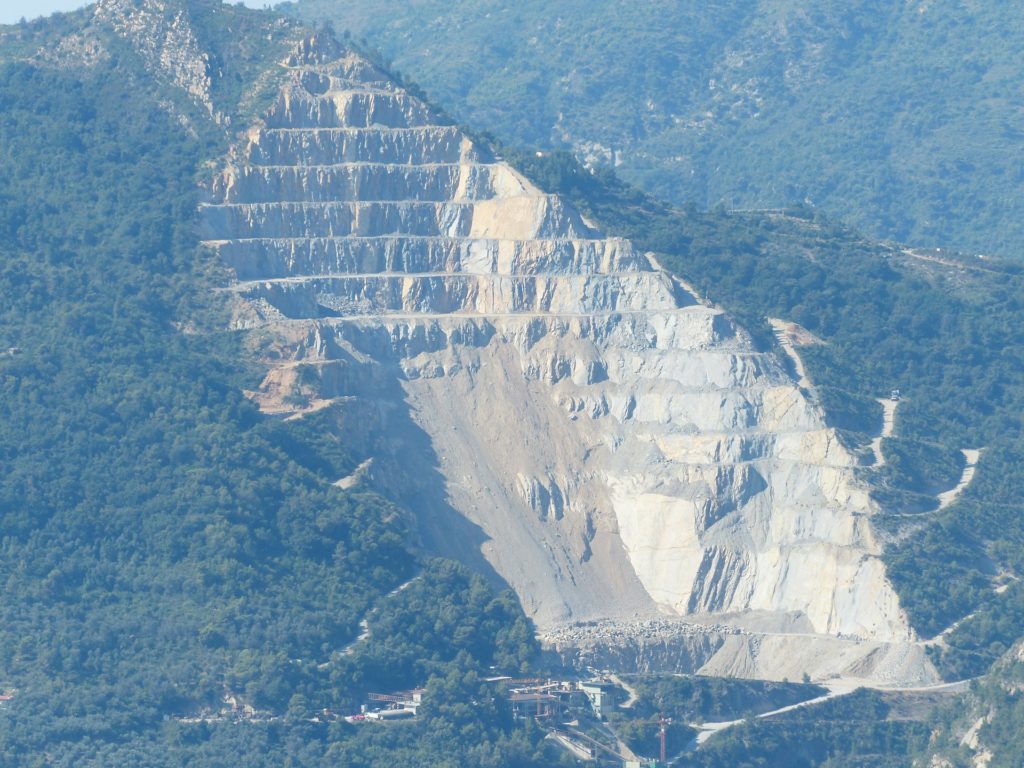 A that time of our study recent publications of pit wall failures databases we not yet available. Like we did for tailings dams failures in 2013 we used approximate data we found, i.e. a sample portfolio of forty open pits records and a table from a 1996 Swedish with 24 open pit failures research.

The sample portfolio featured 4 collapses of which 2 lead to closing the related operation. The rate of failure of the considered portfolio was evaluated at:

The Swedish data included 4 cases from Canada, US, Mexico and Chile generated major failures. The four cases include “multiple bench” and “large failures” (we have disregarded slow, “stable-creeping” failures), and Bingham canyon that ended-up failing later on.

No large failures were recorded from that study in Europe.

There was obviously no assurance the sample was not severely biased by the researchers’ sampling technique (if there was any applied) or was driven by data availability concerns. We also did not have any data on the life duration of the pits.

By assuming the average life of the recorded open pit was between 15 and 40 years at the time of failure we evaluated pf =10-2, respectively pf =4*10-3.

These values are quite similar to the one derived from the prior sample portfolio.

We concluded that 5*10-3/yr was a reasonable initial estimate of the probability of collapse for a modern operational open pit, provided it is:

Should degradation, abandonment, severe geological, geotechnical, climatological variations intervene, then the probability could go up by one order of magnitude, or more.

We used the simplest form of Space Based optical observation (aka Google Earth!) to “visit” a number of specific pits which interested our client.

Hence we proposed to raise the probability of collapse failure by one order of magnitude to 5*10-2/yr. That value that still falls within Whitman’s original range for accidents in open pits. 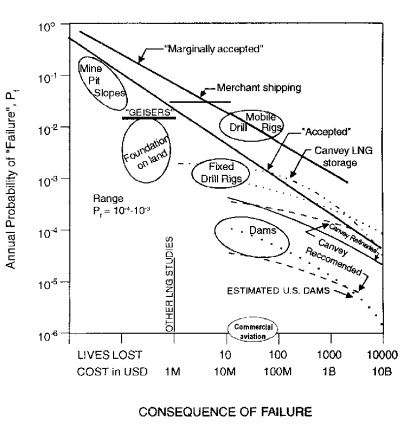 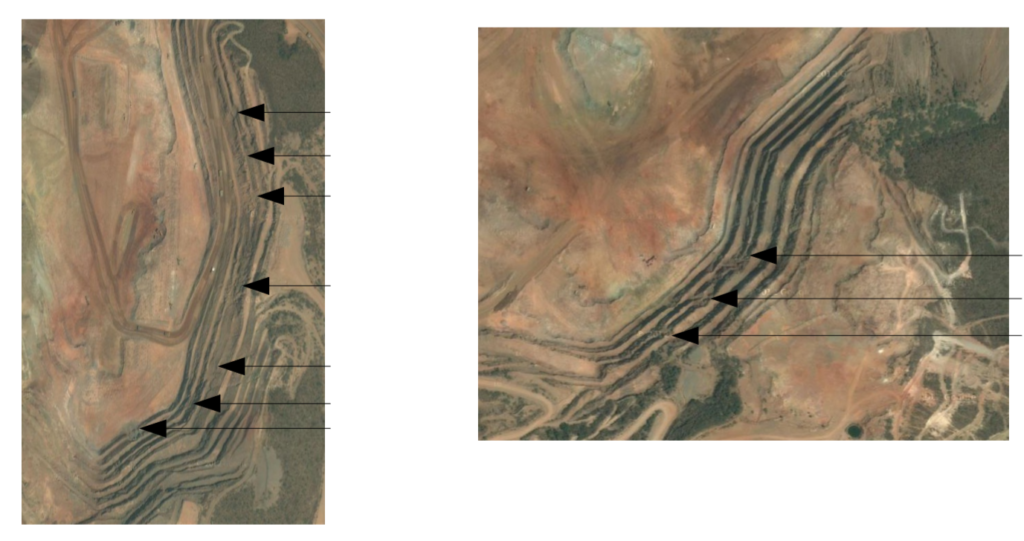 In the picture above we show two areas of different open pits. The arrows point to detected intra-bench and localized wall failures.

So, we finally considered intra-bench failures could be in the order of 10-1/yr. That value corresponds to an “upper-bound” value also considered by Whitman in his ’80 paper.

Abundant literature confirms that most frequent cause for harm and loss of life is “falls of material from above”. Indeed, slides and other gravitational phenomena within the slopes are often the culprits.

It is possible to perform preliminary estimates of ranges of quantitative probabilities using available data, even if at first they are incomplete. That requires to apply the right mix of techniques and observations.

After the first a priori estimate, quantitative platforms like ORE allow to update these probabilities and related consequences and lead to well balanced risk assessments.

Call us to learn how this type of assessment can support your decision making at operational and ERM level.