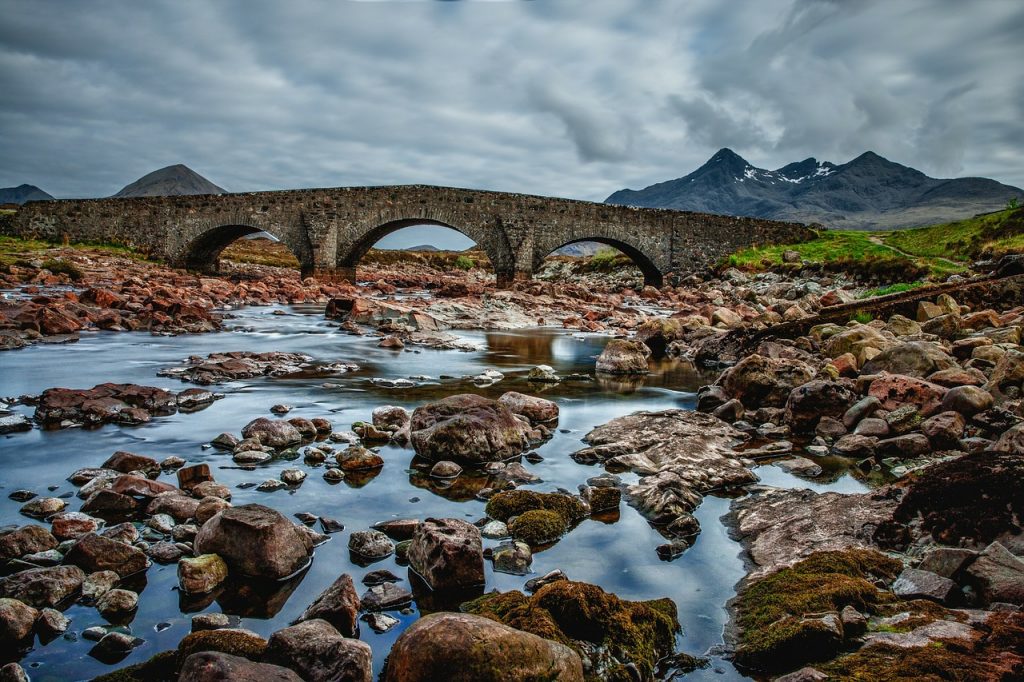 The probabilities in the “New normal” may significantly alter the risk landscape around a project or a corporation. They may transform tolerable risks into intolerable ones, tactical risks into strategic ones (see figure below).

To ensure decision-makers and management can keep optimizing tactical and strategic planning a rational, emotionless update of the probabilities is paramount.

An example of long term vs. “new” normal

Let’s suppose the price of a key material has varied monotonously over the last 30 years. In other words, business-like-usual evolution and “noise”.

In the last couple years, however, the price has skyrocketed due to some stochastic reasons. It is too early to say if the variation is here to stay. Perhaps it was a “fluke”? Perhaps the tweets that created the panic will be reversed tomorrow? Or perhaps the policy change may even “permanently” change the future price of the commodity.

The uncertainty has to be “solved” somehow. Indeed Managers and decision-makers need to update their ERM. They have to act rationally, while avoiding knee-jerk over-reactions. Also, they have to use available information.

Below is a simple yet powerful approach we propose to our clients. Because the extreme events are stochastic, very fresh, there is no “single magic number”. Thus we need to work by framing ranges, i.e with a min-max probability range.

After 30 years of business-like-usual and one extreme event, one can say the frequency of such an event is 1/31= 0.032 (3.2%). At the second occurrence it becomes 2/32=0.063 (6.3%). If the extreme event keeps occurring year after year, after another 30 years the frequency would be 30/60=0.5. In that case, if the extremes occurrences obey to a Poisson process (see explanations below), then the associated probability of at least one event next year would be roughly only 40%. Indeed, probability and frequency are not linearly related.

Obviously, no one has the time to wait or possesses a crystal ball despite claims by software sellers. ERM has to propose predictive values of the risks as soon as analyst detects an anomaly. Understanding the underlying assumptions, including maybe a few scenarios if the anomaly is too recent to know what type of change is occurring.  The three subheadings below discuss first the possible use of the Poisson process. Then they show a Poisson example, then a probability of exceedance example.

Results of stochastic events are a bit counter intuitive to say the least. Thus, the Poisson process commands some comments.

As a result, the nature of the change dictates if one can or cannot use the Poisson approach.

If one can assume that the extreme event follows a Poisson process and that its return is one year, then one can calculate the probability of seeing one or more next year at 0.63 (63%) using the Poisson process formula linking frequency to probability of occurrence. Also, if we look to a gap of two years, one with normal, the other with extreme event, then we have again an estimate of 40%. If we look to a gap of three years, one year normal and two years extreme, then the probability is roughly 50%.

What do we do with the numbers?

Now it is where management needs some coaching in the final selection.

We have two sets of values: 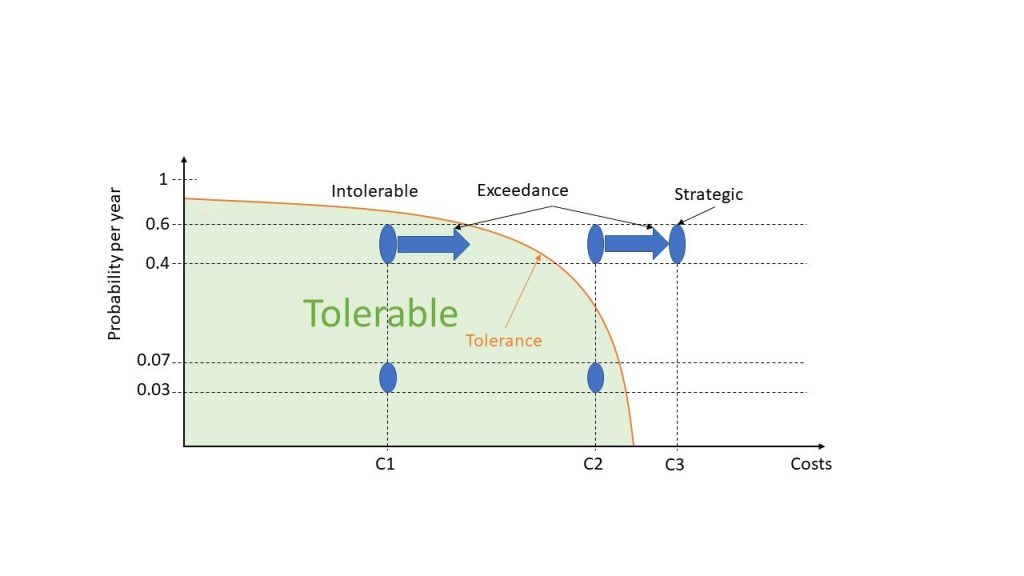 The graph first displays an example with consequence at C1. Despite the increase of the probability the risk remains tolerable even in the “new normal”. However, management should be aware that there is a 33% chance the event will be exceeded, and thus it could become intolerable, when the consequences shift to the right following the exceedance arrow.

If the consequence is C2, then the initially tolerable risk becomes intolerable due to the probability increase. If exceeded it could also become strategic by “right shifting” of the consequences, again, following the exceedance arrow.

With these conditions mapped out in graphic format, management will be well armed to take the “best possible decision” based on the data at hand.