The Church of England Pensions Board and the Council of Ethics of the Swedish National Pension Funds published some recently collected numbers shedding some light on Tailings dams failures. 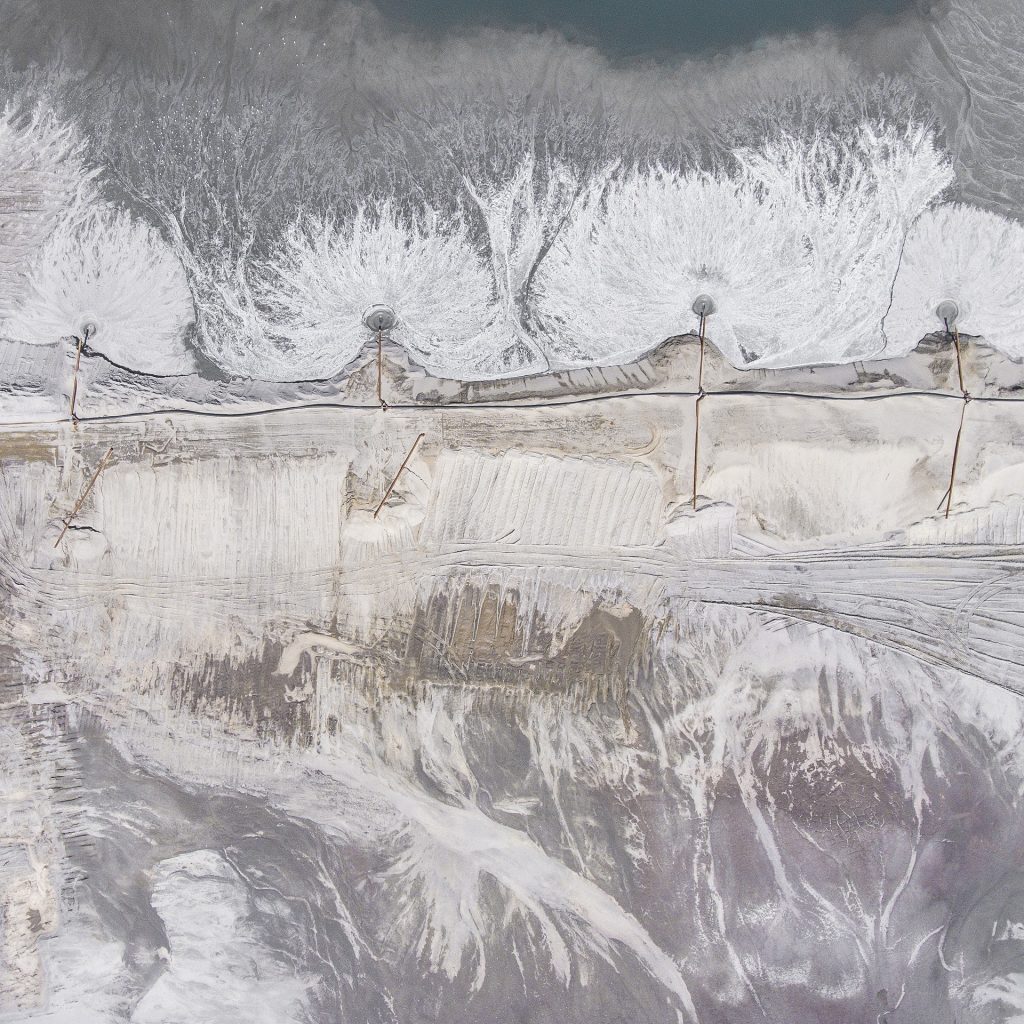 How many active dams in the world did we assume earlier?

In the literature we oftentimes see the number 3500 to characterize the total tailings dam inventory in the world. We used that number in both the following papers:

“There is a very poor database of the world’s tailings dam inventory. From an extensive literature review and discussions with regulatory officials worldwide, it is estimated that there are somewhat more than 3500 tailings dams worldwide. This total is made up of contributions that include the following where relatively good inventory lists exist: 350 in Western Australia, 65 in Quebec, 130 in British Columbia, 400 in South Africa and 500 in Zimbabwe”.

The tally of geographic areas above gets to 1445. More than doubling that was considered sufficient to include the US, Latin America and a few other major mining areas of the world.

The Church of England inquiry

The Church of England inquiry has led to a total number minus duplicates (companies reported the same tailings storage facility) of 1635 tailings dams from:

This list totals only 43% of the contacted companies. Indeed 416 companies did not respond, representing 57%.

The same source reveals a total of 667 active dams.

The paper defines the number of dams per continent as follows:

We note here that the article seems to use tailings dams and tailings storage facility as synonyms. Now, TSFs may include more than one dam, and the list also includes dry stacks and in pit depositions. Like in other occasions we note the paramount role that clarity in the language and glossary should have in this type of communication 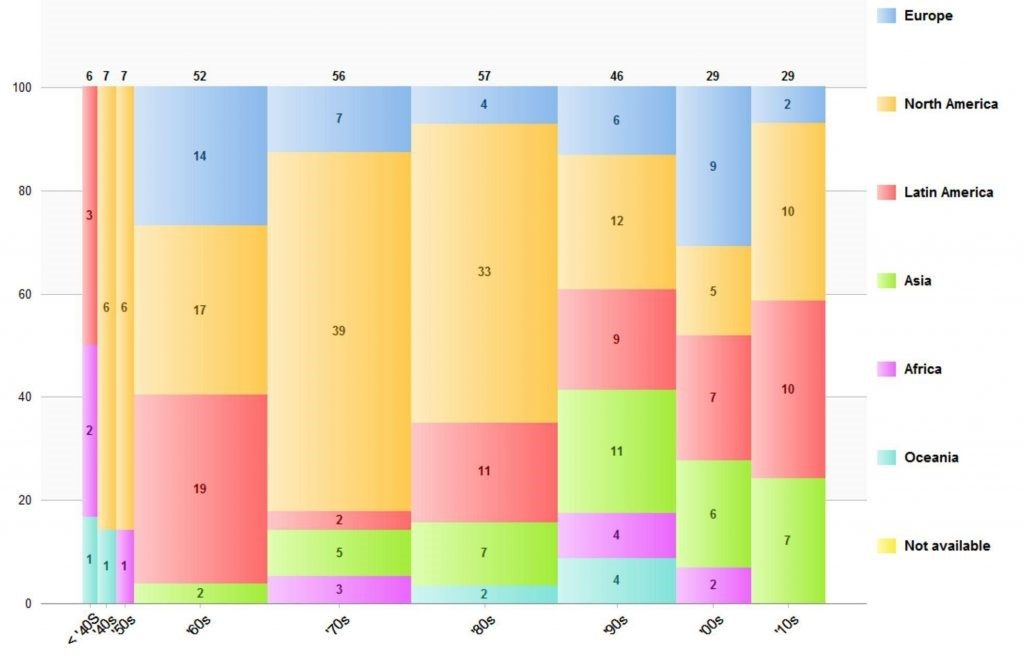 From a presentation we displayed in a paper  Space Observation, Quantitative Risk Assessment Synergy Deliver Value to Mining Operations & Restoration, (see the presentation) Rouyn-Noranda, 2018, Symposium on Mines and the Environment we can count the following geographic distribution of tailings dams failures (any size) in the decade around 2000 (last two column at the right):

Total is 56. Of course, like usual, these numbers include some under-reporting.

How many tailings dams can we estimate in the world?

As we recently stated in this blog (facts about worldwide tailings dam performances) one can make statements about tailings dam reliability only once one knows the world inventory “anagraphic”.

If we look at the world inventory from the “storage type” point of view, we have, based on the same communication of the Church of England:

Now if we focus only on tailings dam we can count 523+634+121=1278 downstream, upstream, and centerline dams. It is difficult to understand from reading the communication what causes the difference between 1632 (or 1635) and 1278. Again, probably, a glossary/language problem or form return interpretation difficulties? Indeed the difference is 1635-1278=375 which is still way larger than drystacks+in pit storage or 66+53=119.

Furthermore, if we assume that the 43% of responders are representative of the “entire population”, the world population of dams (active and inactive) would be either 1635/0.43 or 1278/0.43 thus, respectively 3802 or 2972. At this point we would be inclined to think that the good old estimate of 3500 dams in the world remains valid.

If we now consider the  recent study (A Comprehensive Review on Reasons for Tailings Dam Failures Based on Case History) we commented on our blog post ( link) we notice that in the last 18 years we had the following recorded failures per type of dam construction:

N.B. the total from this paper (17) is different from the total (56) above likely because of “counting biases”, poor information regarding tailings dam failures, cause, dam construction method, and dam height.

We suspect that again approximate glossary and definitions may be influencing these number. For example we think that “centerline” may include the so-called “modified centerline”. This is in many cases more an upstream construction than a centerline one, significantly influencing the “fragility” of the structures.

This number is still fraught by numerous assumptions and uncertainties. However, it compares very well with our first estimates made in 2013 (Oboni, C., Oboni F., Factual and Foreseeable Reliability of Tailings Dams and Nuclear Reactors -a Societal Acceptability Perspective, Tailings and Mine Waste 2013, Banff, AB , November 6 to 9, 2013) and in the aftermatch of Mount Polley’s dam break, for the decade around 1979, namely 1*10-3.

As these numbers are frequencies, which by definition are “averages”, it is too early to conclude that we are actually seeing an acceleration in the rate of failure of dams. That is, of course, once we filter:

What we think is undeniable, however, is the fact that at three to four major failures on average per year the situation is untenable both from the ethical standpoint and the Social License to Operate (SLO) one.

Our industry has to actively work to prioritize mitigative plans of actions, communicate them to public and governments using coherent and unified language to avoid any further blunder.