The eternal confusion between tailings hazard and risks

The eternal confusion between tailings hazard and risks

A comment to a blogpost on tailings failures inspired this comment on the eternal confusion between tailings hazard and risks.

Some voices are rising to state that the real number of tailings dams on the planet is around 35,000. Based on that number they then engage in a biased risk discourse. 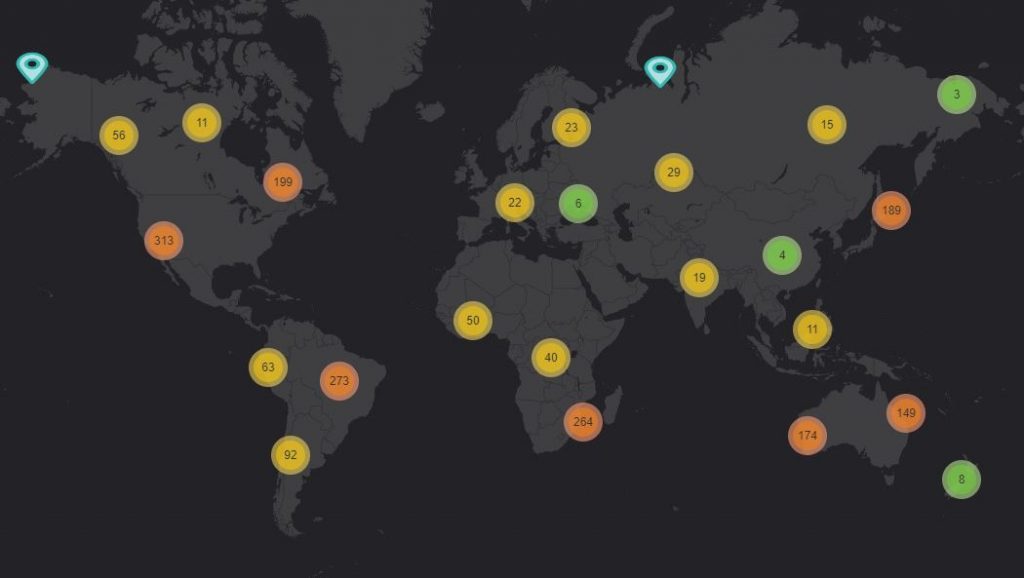 Indeed, we think those arguments are misleading and not helping the cause of tailings risk reduction. Let’s discuss why.

The true number of tailings dams on the planet

The number of tailings dams on the planet remains unknown despite the actuarial efforts to date. It is also true that the tonnage of tailings and by products of the mining industry rejected in the environment is staggering. Humanity was mining way before the tailings ponds era, and tailings were rejected straight into the rivers. As a matter of fact, we can spot tailings and minewaste in the environment nearby ancient mining sites all over the world.

Giant Mine (NWT, Canada) is an egregious example of mining by-products creating hazardous conditions. Arsenic trioxide is the culprit, and there is a very large volume of it stored underground in man-made caverns. These were formerly entirely in permafrost. However, there is likely a very significant volume of arsenic on the surface. The risk to population and waterbodies has justified a project to contain at perpetuity the underground stored materials.  However, to our knowledge there is currently no proposed solution for the surface contamination.

Going back to tailings: the issue with selecting the number of tailings dams in the world is that just shooting a large number is not good enough to help solving the right problems in the right place. We should class the very large number of dams by size, type of mining activities, age, deposition activity and other parameters, such as potential consequences. Then one would be able to meaningfully talk about the “world portfolio” risk.

The eternal confusion between tailings hazard and risks.

We have pointed out when discussing statistics and runout approaches that it is misleading to take undifferentiated data and lump them up to obtain generalized rules. One should always clearly define types of failures, consequences and probabilities (or rates if one looks backward) of those failures. One should separate data into meaningful populations.

When discussing tailings one should use the term risk to take better decisions, not to deliver sensationalist news.

In the past we have focused our attention on very large failures, looking at large dams capable of generating those failures only.
Those who claim there are 35,000 dams in the world do not lead anywhere and contradict some simple but rational observations about risk we discuss below.

Focusing on risk is key to solve tailings conundrum

One should focus on the long term average of about 3.5 very large catastrophic failures per year. Now, if there were really 35,000 tailings dams linked to those failures, the rate of failure would be ~1/10,000 per annum.

If that was the case, tailings storage facilities would not have earned the bad reputation they have. Their rate of failure would be comparable to Class 5+ nuclear accidents (as we showed in a paper back in 2013).

If we look at the dams capable of generating those large catastrophic failures we bet that the 3,500 rough estimate cited in literature may not be that wrong.

World experience has shown that severe and mortiferous accidents with a rate of 1/1,000 scare the public and stir public opinion. That has occurred in the last decade. We showed in our 2013 paper that indeed the mining industry had already reached the threshold of societal unacceptability. After a couple additional dramatic events, a number of initiatives burgeoned on the planet, culminating with the Global industry standard.

The worldwide tailings dam risk is not proportional to the number of dams. A larger dam does not necessarily mean a larger risk. We have to be way more sophisticated than that our judgement and decision making.

Lumping up all dams to draw one size fits all conclusions is wrong and misleading.

Claiming a larger number of tailings dams as the cause of to catastrophic outcome does not necessarily ensure the attention of governments and decision-makers. On the contrary it will likely lead to squander time, energy and mitigative capitals.

We think the high rate of catastrophic failures in the last decade has triggered pertinent reactions world-wide. However, in order to maintain the motivation we need to be rational and avoid sensationalism. Codes have to propose well balanced rules, foster risk-informed analyses.

Thus, unless everyone uses the word risk properly, misinformation and confusion will arise instead of better dams performances.

We need to solve the eternal confusion between tailings hazard and risks. Education, rational analyses leading to unbiased prioritization are a must.
Now it is time to engineer a better future, and to communicate risk in the most rational and dispassionate way.