Hunger stones refresh our short memory, they are indeed messages straight from the past. Those who endured droughts and resulting famine left them for their successors. 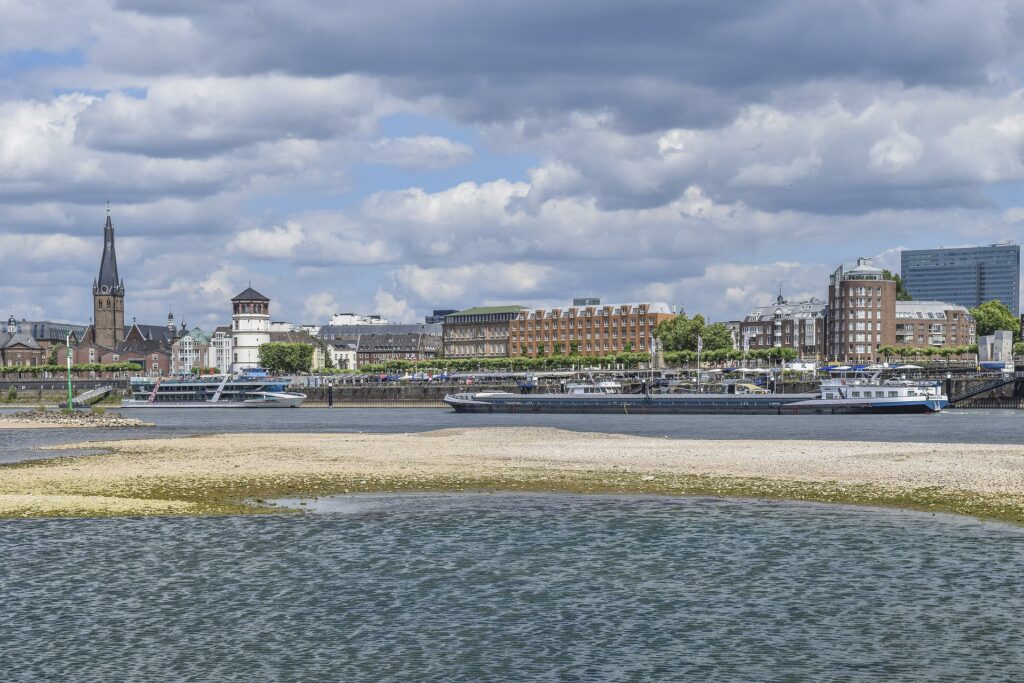 Indeed, the hunger stones tell stories of severe hardship due to droughts. Of course they become visible when it is too late, as they are normally lying below water level (Hungersteine in the Rhine – Memory of great need – Experience Worms (worms-erleben.de).

Today we will discuss if these events actually constitute divergence from the long term business-as-usual, if they are “unprecedented” as the media claim, and what their rate may actually be. We discuss this in depth in our latest book Convergent Leadership Divergent Exposures. This is important in view of mitigation, adaptation and policies.

Where are the hunger stones?

Hunger stones are present in various riverbeds in Germany, Czeck republic and to minor extent Switzerland. For instance, along the Rhine, the Elbe, etc..

How often did severe droughts hit those basins?

2011 was even worse, with 22cm of water in the Rhine measuring point.

People new about these stones, no doubts. There have been studies covering the historic records such as the 2013 Droughts in the Czech Lands, 1090–2012 AD (cp-9-1985-2013.pdf (copernicus.org).  But perhaps the authors were not journalists, and we are being sarcastic here. Finally, in 2022 the media declare the drought as “unprecedented”, “biblical”. Now, perhaps it is in terms of the impacted geographic area, but we are not sure based on possible historic under reporting.

For once some politicians came out with a clear statement. For example, in Italy, the government stated this was the worst drought in seventy years, not an “unprecedented” event. The statement however is in contrast with Scientists at the European Drought Observatory that said that the drought is on track to be the worst one in 500 years. (Europe’s drought on course to be worst for 500 years, European Commission researcher warns | Climate News | Sky News). We do not know if the difference is dues to the wide-spread impact of the present drought, or to the desire to calm the crowds. Indeed, it is important to note that the Observatory looks at the whole European territory and that, for example the 2018 event was not so bad for Southern Europe as it was for Central Europe.

What are “the numbers”?

So, although “the numbers” are not yet in, it seems we are facing the 1/500 drought event. That is 2*10-3. Other events (less pronounced and/or less wide-spread) seem to be in the 1 in a hundred to 1 in fifty range and even more frequent. The observation is that the droughts seem:

A recently published paper The challenge of unprecedented floods and droughts in risk management. discusses this aspect.

The paper recognizes that risk management may well have reduced vulnerability to floods and droughts, but the impacts are increasing. The authors immediately recognize the lack of empirical data, a problem we also note when discussing tailings dams failures.

Nevertheless they manage to study 45 pairs of events in a same area. They show that classic risk management approaches fail to consider divergent events, as they are “business-as-usual” oriented.

They conclude their study with an alarming statement related to the lack of convergent risk management when facing divergent events. We could not agree more on that!